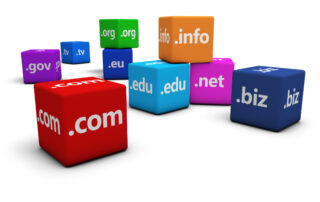 By Lucy Rana and Sanjana Kala

Recently, the U.S. Supreme Court in the case of Patent and Trademark Office v. Booking.com B. V., No. 19-46 (U.S. Jun. 30, 2020) opined on whether the addition of the generic top-level domain “.com” to an otherwise generic term by an online business would make the same eligible for trademark protection. The mark in question was the term Booking.com used by a travel company with respect to hotel reservation services. The appeal stemmed from the U.S. Patent & Trademark Office’s (PTO) refusal to register the term Booking.com with respect to online travel booking services on grounds of being generic and unprotectable under the law governing trademarks in the U.S. The District Court however ruled that while the term Booking in itself is generic, the addition of “.com” would render it as a descriptive term which (on acquiring a secondary meaning) would make it eligible to be protected as a trademark. The District Court based this finding mainly on a survey report submitted by Booking.com B. V. that was conducted to observe whether consumers recognise the term Booking.com as a brand or as a generic term. As per this survey, 74.8% of the participants identified Booking.com as a brand which was deemed by the District Court as an evidence of acquired distinctiveness. On appeal by the PTO, the U.S. Court of Appeals for the 4th Circuit and subsequently the U.S. Supreme Court affirmed the District Court’s findings and held that a term styled as “generic.com” being generic for a class of goods and/ or services will be eligible for trademark protection if the term is so recognised by consumers.

(TEXT BOX MAYBE INSERTED: Notably the first-ever telephonic oral arguments were presented before the U.S. Supreme Court in this case)

The major bulk of the arguments revolved around the following two aspects:

The PTO submitted that Courts have long held that generic terms for goods and services cannot be protected as trademarks. They argued that given the exclusivity associated with trademarks, online businesses using generic.com terms will be able to monopolize the same by blocking others from using the generic term in relation to their business thereby putting competitors at a disadvantage. The PTO relied on the 1888 Supreme Court decision, Goodyear’s India Rubber Glove v. Goodyear Rubber Co. (128 U.S. 598, (1888) wherein the Court held that mere addition of  a designation like “Company” or “Inc.” to a generic/unprotectable term does not create a protectable mark. The PTO likened this to generic.com terms and in fact stated that owing to the functioning of the Internet (where only one entity has the right to use a domain name) granting trademark rights to Booking.com would be even more problematic and give rise to anti-competitive effects in the market.

Booking.com B.V. on the other hand drew the Court’s attention to the principle ensconced in the Lanham Act (also known as the Trademark Act of 1946) which factors consumer perception in determining whether a trademark is protectable and in a way repudiated the 1888 Goodyear case. Further, they stated that granting the term Booking.com trademark protection would not have any anticompetitive effect as Booking.com B.V. has no interest in suing a company that uses a similar domain name as the question of likelihood of confusion/ association among consumers would not arise. In fact, they were seeking registration of Booking.com to prevent counterfeiting, fraud and cyber piracy.

The PTO countered the above by stating that such protection is already provided to unregistered trademarks under the law of passing off and unfair competition, therefore alleviating the necessity of according trademark protection to the term Booking.com.

The survey was conducted across 400 participants who were presented with seven terms in total — three brand names PEPSI, ETRADE.COM and SHUTTERFLY; three generic words WASHINGMACHINE.COM, SPORTING GOODS and SUPERMARKET along with the term in dispute BOOKING.COM. The survey revealed that:

Booking.com B.V. (in addition to evidence of widespread use) placed reliance on the survey report to prove that consumers recognise Booking.com as a brand. Whereas the PTO observed that the fact that a section of the participants identified WASHINGMACHINE.COM as a brand demonstrates that addition of .com to any generic term is sufficient to give consumers an impression of a legitimate business regardless of whether it exists or not.

The majority 8:1 decision was pronounced by Justice Ruth Bader Ginsberg holding that:

“Whether “Booking.com” is generic turns on whether the term, taken as a whole, signifies to consumers the class of hotel reservations services. … Consumers do not in fact perceive the term “Booking.com” that way, the courts below determined. … That should resolve the case: because “Booking.com” is not a generic name to consumers, it is not generic.”

Therefore, the principle of primary significance of a trademark illustrated in the Lanham Act was affirmed by the Court, i.e. if consumers perceive a generic.com term as capable of distinguishing the services of a business from members of its class, it would qualify to be a trademark.

The Supreme Court did not believe that allowing Booking.com to be a registered trademark would give rise to any anti-competitive practices. Re-iterating the PTO’s argument that only one entity can use a particular domain name at one time, the Supreme Court arrived to the conclusion that a generic.com domain has the potential to convey the source of the services to consumers and noted that,

“…a consumer who is familiar with that aspect of the domain-name system can infer that BOOKING.COM refers to some specific entity”

Therefore, the Court agreed with Booking.com B.V.’s contention that the likelihood of confusion among consumers would be less likely for a generic.com domain. Further, the Court propounded that if a competitor has incorporated and is using the generic term in relation to their business, they would be free to do so, as under trademark law descriptive use of a generic term is permitted as long as it is being used “fairly and in good faith” and not as a trademark. Accordingly, the threat of monopolization of a generic.com trademark by a business owner would be mitigated.

On the survey report

The concurring opinion propounded by Justice Sonia Sotomayor clarified that the Supreme Court was not advocating the survey report presented by Booking.com B.V. to be the most persuasive evidence of acquired secondary meaning of a generic term and that the PTO might have been correct in its stance. However this issue was not put to the Supreme Court and therefore they were not obliged to address it.

Justice Stephen Breyer did not agree with the majority decision and sided with the PTO by stating that,

“Terms that merely convey the nature of the producer’s business should remain free for all to use.”

He believed that the majority opinion was disregarding sound trademark policy and such a finding could set a dangerous precedent for businesses who can now obtain trademark protection by merely adding .com to generic names of their goods/ services. Justice Breyer noted that this could give rise to widespread anti-competitive practices in the market. Further, he believed that the majority opinion was undermining the threat of costly litigation by relying on the need to prove actual confusion and the descriptive use defence codified in the statute.

The Supreme Court’s rejection of the ‘per-se’ rule has cast the net of trademark protection wide open for generic domain names. Even though Booking.com B.V. claims to hold no interest in suing its competitors, a trademark registration does grant them monopoly over the term Booking.com in respect of hotel booking services. For now, it seems difficult to reconcile the U.S. Supreme Court’s decision with the looming threat of competitive disadvantages that could arise in the market owing to the exclusivity that trademark rights accord to the holder, not to mention the litigation opportunities that this decision may invite in the future. With this judgment, every generic.com owner with the intent of bagging a trademark registration has the right to approach the Courts to see whether their mark crosses the threshold of consumer perception.

Having said this, there is no denying that this judgment is a big step towards the Court’s acknowledgment of the digital era of business which now owing to the COVID-19 outbreak will only acquire more prominence in the life of consumers. This decision might also prove to be a welcome move for brand owners who have invested substantial resources in their business and command considerable popularity in the market. Casting the legal and business ramifications of this judgment aside, the majority opinion does make one thing fairly clear – that consumer is indeed king (or queen!).