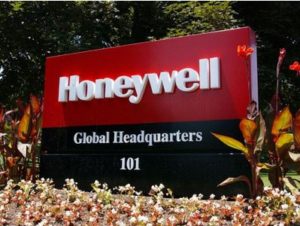 Domain Names of the Plaintiff:

Contentions of the Defendants (Ex-Parte)

Order of the Court and its Implications

Hon’ble Mr. Justice Manmohan Singh of the High Court of Delhi granted a permanent injunction in favour of the Plaintiff vide order dated August 24, 2015 restraining the Defendants from dealing in any manner with confectionary products and/ or any other goods and/ or services under the trademark HONEYWELL including as a part of a domain name.

This case is like any other trademark dispute where the rights of a registered proprietor are protected against malafide infringement. However, this judgment has far more implications as it awarded punitive damages alongwith litigation costs amounting to Rs. 3,00,000/- to the Plaintiff. In this regard, Time Incorporated v. Lokesh Srivastava & Anr. [2005 (30) PTC 3 (Del.)] and Microsoft Corporation v. Rajendra Pawar & Anr. [2008 (36) PTC 697 (Del.)] were relied upon which have held in favour of awarding punitive damages to the aggrieved registered proprietor while observing that it has become a trend of sorts for the defending party to evade court proceedings in a systematic attempt to jettison the relief sought by the Plaintiff and that such evasion of court proceedings does not de facto tantamount to escape from liability. It has been further observed that “…Courts dealing in actions for infringement of trademarks, copyrights, patents etc., should not only grant compensatory damages but also award punitive damages with a view to discourage and dishearten law breakers who indulge in violation with impunity out of lust for money, so that they realise that in case they are caught, they would be liable not only to reimburse the aggrieved party but would be liable to pay punitive damages also, which may spell financial disaster for them.” This is surely a welcome for honest traders and will ensure that blatant mala fide infringements are curbed at their very grassroots.

The aforesaid Order dated August 24, 2014 can be accessed here.