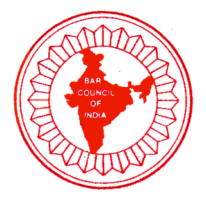 The committee has responded with its report in which three out of four members have ruled in favor of MPs and MLAs. In the said report, the majority of three members held that ‘For that matter, all kinds of legally regulated professions like medicine and law, howsoever demanding they may be, are compatible with public services/duties. Ideally, all these professions, with some aberrations here and there, exist to serve the people. We should not forget the fact that lawyers like Mahatma Gandhi, Bal Gangadhar Tilak, Dr. Ambedkar, Jawahar Lal Nehru, Dr. Rajinder Prashad, Lala Lajpat Rai, Rajgopalachari, C.S. Dass have played important and crucial role in our freedom struggle while they were practicing advocates. There is no valid reason as to why services of an advocate, who happens to become an MP/MLA, should not be available to general litigant public who are aggrieved by any act/deed of the government.’One S Prabhakaran was of the opinion that Members of Parliament (MPs) and Members of Legislative Assembly (MLAs) should not practice as advocates because of office of profit and conflict of interest.

According to the recent reports, Ashwini Upadhyay has filed a writ petition in the Supreme Court challenging the permission to an individual to perform the dual role of a lawyer and a legislator on grounds of conflict of interest and violation of BCI rules. It would be interesting to look for updates in the matter considering the parties involved.