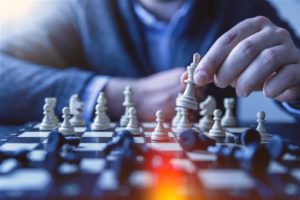 Deciding a trademark is the most crucial step for any brand. As per the trademark law, a mark needs to have distinctive quality and should not be generic. The distinctiveness requirement of a trademark has been a subject of legal disputes on multiple occasions, especially when manufacturers have sought to use common or generic words in their trademarks. But what if a generic word is used as a part of the entire mark?

A suit for infringement of registered trademark was preferred by Arun Chopra (hereinafter referred to as “Plaintiff) against Kaka-Ka Dhaba Pvt Ltd & Ors. (hereinafter referred to as “Defendants”) whereby it was alleged by the Plaintiff that the Defendants had committed infringement of its registered Trademark by using the mark ‘Kaka-Ka’ for food outlets in Nashik, Maharashtra.

Any further order passed for the rendition of accounts /damages, then the individuals under the control and management of the outlets in Nashik should file the quarterly accounts of their outlets at the end of each quarter by the 10th of the next month.