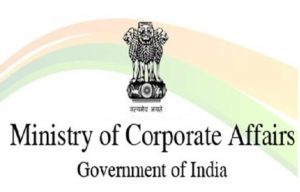 The Government may soon introduce regulatory checks by independent auditors for the corporates in respect of their new projects undertaken in order to ensure compliance to the environmental safety. 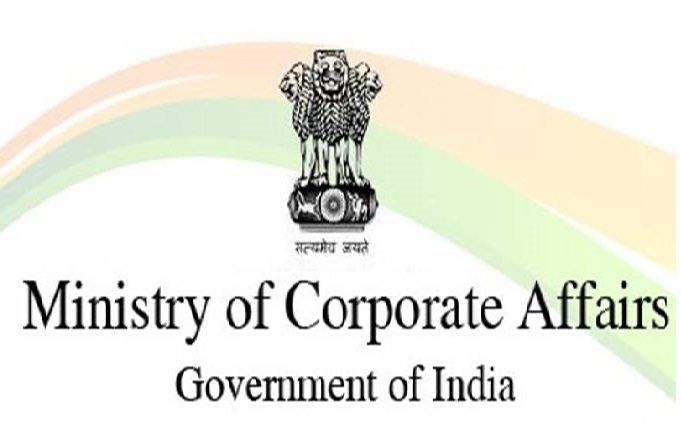 Investors are becoming reluctant to invest in the power sector owing to the challenges faced by them. 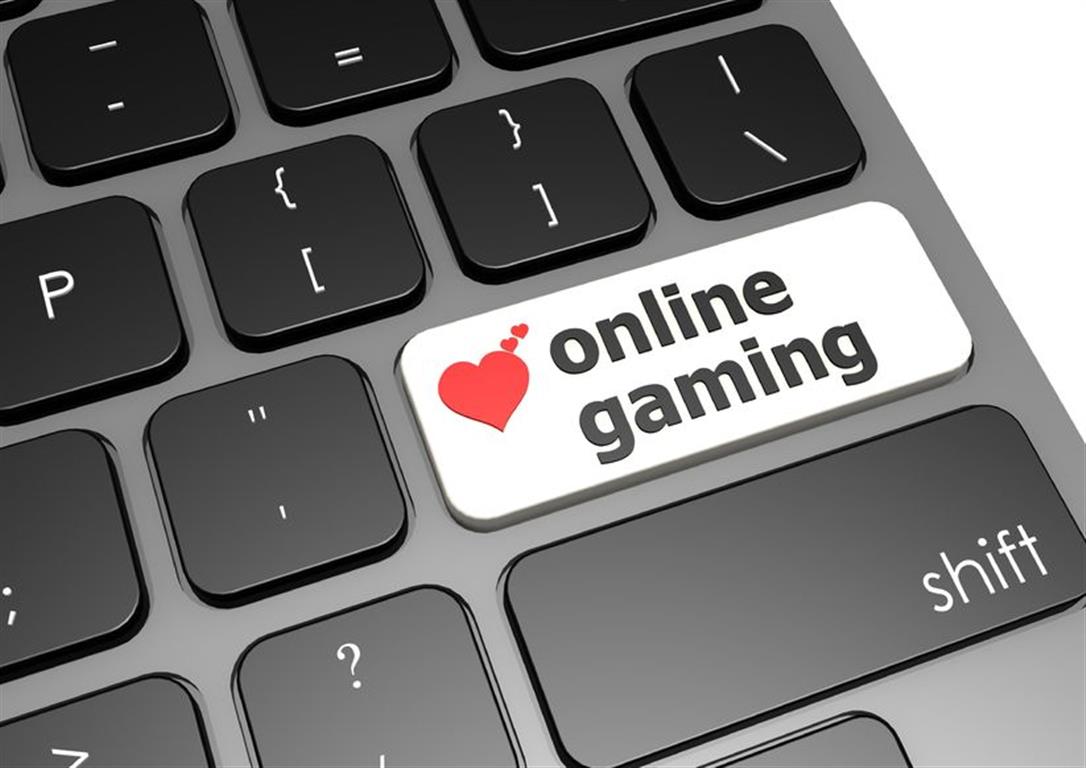 The Delhi Police arrested 14 people on account of being involved in online gambling activities which are not permissible within the State.

The modern world is full of competition with all countries battling the race of economic development. While the passion for winning the title of progressive economy increases often over the other essential responsibilities including duty towards the surrounding environment are ignored. The excessive use of non-renewable energy sources and their improper disposal has led to the depletion of the environment at a very high scale. This has become a growing concern of the Government who is aiming to strike a balance between the economic growth and its side effects to mother nature.

With a view to conserve and safeguard the environment against the potential threats posed by new projects taken up by different entities, the Government has mandated the requirement of Environmental Impact Assessment (hereinafter referred to as “EIA”). The EIA acts as an instrument whereby the Government identifies, predicts, evaluates and mitigates the biophysical, social, and other relevant effects of development proposals prior to major decisions being taken and commitments made. Only after the clearance from the Government authorities based on the recommendations of an Expert Appraisal Committee, can an assignment be undertaken by the business entity.

In order to ensure that the projects such as power plants, mines and oil and gas exploration while expanding their scope of business do not fail to comply with the requisite environment standards as prescribed under the law, the Government is working to subject such ventures to the scanner of the independent auditors dedicated in this regard. [1]

The Government has proposed that the approved auditors will conduct randomised, third-party compliance monitoring of environment clearance conditions. The institutions empanelled by the Government shall be ensuring adherence to the environmental guidelines in respect of specific industries taking up tasks which may impact the environment.

The compliance monitoring is planned to be done inter-alia against the baseline information available in the Environmental Impact Assessment report, Environmental Management Plan appraised by the Environmental Audit Committee, terms and conditions of the environmental clearance as well as other provisions as may be specified by the Ministry from time to time.

The Government is in the process of reinforcing the provisions of environmental impact assessment with the objective to minimize adverse impacts on the surrounding environment attributable to the new undertakings of the corporates by ensuring a regulatory check on compliance of the same.

Being faced by the challenges posed by the dynamism in the economy, variation in the governmental policies and ever-growing competition leads to the changes in the circumstances for the business entities in the market which may opt for corporate restructuring. In order to accelerate the growth and aim to maximize the profitability, two or more enterprises may join hands and work together not only having joint liabilities, responsibilities and assets but also joint business objectives. Merger of the corporates may be attributable to many reasons such as joint acquisition of technologies, access to sectors/markets, etc. In the process, generally, the merging entities would cease to be in existence and a unified merged entity comes into existence.

The Government on September 17, 2018, proposed the merger of state-owned Bank of Baroda, Vijaya Bank and Dena Bank to create the country’s third largest lender as part of efforts to revive credit and economic growth.[1] The merged entity, comprising two relatively stronger banks (Bank of Baroda and Vijaya Bank) and a weak one (Dena Bank), will be the third-largest lender in India after State Bank of India and HDFC Bank Ltd, with a total business of more than ₹14.82 trillion.

This comes in furtherance of the Government’s efforts for reforming the banking sector which is already facing the threat posed by the non-performing assets (hereinafter referred to as “NPA”). NPAs are the assets or account of a borrower, which has been classified by a bank or financial institution as sub-standard doubtful or loss asset. The Government has proposed the aforesaid merger with a view to save all the existing banking entities and to wipe out the raising mountain of bad loans in India, the banking sector has suffered substantial losses.

While Dena Bank has already been placed under the prompt corrective action framework by the Reserve Bank of India imposing restrictions on its lending, the Vijaya Bank on the other hand has reported profits in the year 2017-18.

The proposed consolidation which is yet to receive the response from the merging banks and approval from the Parliament, is expected to create a strong global competitive market with economies of scale and enable realization of wide-ranging synergies. The Government is of the opinion that this merger will lead to the formation of a mega bank which will be sustainable, whose lending authority will be far higher. It has also been specified that the merger would lead to increase in the banking operations, customer services and accord protection to the employees, preservation of brand equity. Also, capital support may be provided to the new entity.

On the similar footings of a previously authorized unification of all associate banks of State Bank of India (hereinafter referred to as “SBI) and Bhartiya Mahila Bank into a single entity – SBI, the Government is in the process of amalgamating Dena Bank, Vijaya Bank and Bank of Baroda. Speculations rise regarding the fulfilment of the purpose of the merger which is to reduce the implications of bad loans by strengthening the banking system and maintaining their business without altering the existing staff.

The progress of the country largely depends upon the resources available. With the advent of electric supply in the country, numerous activities dependent on manual labour are being adequately managed and replaced by electricity. The Indian power sector aims to manage this vital energy source towards cost-effective power generation, transmission and distribution for the ever-growing needs.

Some of the obstructions before the power sector in the country are stated as below:

The aforesaid reasons have raised great concern in the minds of the investors who are now shying away from the idea of investment in this troubled sector.[1]

While the Government has been attempting to help the power sector by permitting the stressed thermal assets to retain their coal and power supply and long-term transmission network access rights in order to enable them to save the value of the projects and fetch fair deals to the lenders in respect of the same. [2]

Providing relief to the private power companies, the Supreme Court has stayed the Reserve Bank of India direction on resolution of stressed assets, preventing initiation of Insolvency proceedings against their stressed power assets in furtherance to the numerous cases filed by a number of companies against the said directive.

The Government is in the process of taking up the concerns of the investors in this sector by seeking their inputs in the said regard in order to promote and encourage the funding.

A number of efforts are being made with a view to revive investment in the power sector, thereby promoting its growth and development.

The entertainment acts took a new recourse when an element of chance was involved in them. Since time immemorial entertainment modes including games and other gambling acts have occupied people. While games on one hand require the exertion of certain degree of skill, labour and effort to win; gambling on the other hand is purely victory based on the contingency of occurrence of an event devoid of any skill.

Being a subject matter of the State list, gaming and gambling activities taking place within the territorial limits of a particular state are governed under the respective State legislations. While gambling is per se prohibited in India except for the States of Sikkim and Goa, gaming is permissible since they require exertion of mental or physical faculties. Games coupled with stakes are permissible in the country except for States such as Assam, Telangana, Odisha, etc. Online games and gambling activities are regulated likewise in the absence of any specific Central legislation in the said regard.

In the State of Delhi, gaming in both physical as well as online mode is permissible. However, gambling activities are strictly prohibited under the provisions of Delhi Public Gambling Act, 1955 which penalizes public gambling.

On September 16, 2018, the Delhi Police caught hold of an online gambling racket running out of a residential building in East Delhi’s New Ashok Nagar.[1] Officials suspect the operation could be linked to a money laundering racket as well.

The owner and manager of the said online casino provided their customers with a login ID and password of an online account created on a gambling website which they were allegedly using to play roulette on the computer systems available in their premises.

The owner and manager of the online casino along with 12 of their customers were arrested on account of contravening the provisions of the applicable State gambling laws which aims to curb the gambling activities within its jurisdiction.

While there remains lack of specific online gambling regulations in Delhi, the present act of the police throws light on the fact that the provisions of the gambling statute for physical activities also extends to the online activities within the State.