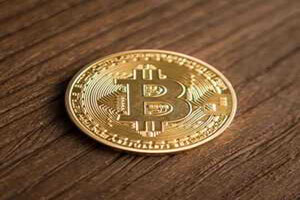 The budget for the fiscal year 2022-2023 was presented by the finance minister on 1st February 2022. The Government has put cryptocurrency in a new light with the advent of a new taxation scheme for virtual digital assets. The Central Government has proposed for a 30% tax to be levied on income from the transfer of any virtual digital assets[1] such as cryptocurrencies and non-fungible tokens (NFT’s).

Such a move was inevitable, in light of the much increased usage and proliferation of cryptocurrency and digital assets in India. Considering the ease of access of highly valuable assets like cryptocurrency, such as via apps like CoinDCX, CoinSwitch Kuber, etc., this is a move which was a long time coming.

Reason for such taxation

The Central government has been quite vocal about the use of cryptocurrencies as a medium for monetary exchange. The Indian Government even introduced a draft for a bill known as the ‘Banning of Cryptocurrency & Regulation of Official Digital Currency Bill’ in 2019. But the bill has not yet been passed. India’s Central Bank, The Reserve Bank of India (RBI), in 2018 had imposed a ban on banks to deal in cryptocurrencies but this ban was removed by the Supreme Court in 2020 in the case of “Internet and Mobile Association of India vs. RBI”[2]. Since then, there has been a phenomenal increase in transactions related to virtual digital assets as well in the prices of these assets, along with the recent growing popularity of non-fungible tokens. According to an analysis done in finder crypto report[3] approximately 30% of the adult population in India owns cryptocurrencies. As cryptocurrencies have established a substantial market in India, it was imperative for the Central Government to come up with a taxation scheme for people trading in virtual digital assets.

Cryptocurrencies as an asset and not a currency

The finance minister in a news conference after the parliamentary proceedings had provided that “all except the currency which RBI will be issuing (digital rupee) are considered as assets”[5].

A currency is considered as a legal tender only if they are issued by a central authority (or central bank) and are backed by a sovereign guarantee. This currency is bound to be accepted by the parties as a mode of payment and paves the way for a centralized monetary system.

Cryptocurrencies on the other hand are not yet issued by a central authority and the data for each transaction is available online in public domain. Therefore they pave the way for a more decentralized system where cryptocurrencies are used for payment only if the receiver is willing to accept it. The transaction in the Crypto market or world are dealing with digital assets. Assets are created by individuals and therefore income from virtual digital assets such as cryptocurrency would be termed under assets and be taxed accordingly as due to the rise of digital assets such as cryptocurrencies and NFT’s a substantial amount of people are making profit and there are even people who solely depend on these assets for their income. It would be unfair not to tax people making profit on such transactions.

That said, a decentralized approach to currency is one which is highly debatable, and governments worldwide remain vary of decentralized digital assets and currency.

Implications of such taxation scheme on virtual digital assets

The tax imposed on digital assets such as crypto provides this industry with a sense of legitimacy. The government had been adamant on imposing a ban and various other restrictions on such assets but this taxation scheme could be a step in the right step to provide confidence to the people who are engaged in such transactions along with the fact that the Reserve Bank of India will be issuing its own digital currency in India sometime this year thereby providing clarity on the future of digital currencies and assets in India.

This will ultimately pave way for the mass adoption of such assets in India. The tax levied on virtual digital assets is 30% which is in the bracket of tax on gains from speculative activities such as lotteries, gambling and other gaming activities[6].

Not only is the taxation rate quite high, but pairing or even comparing the cryptocurrencies or NFT’s or any virtual digital assets with speculative assets may not be fair. Crypto is an asset class and the trading or creation of such assets requires certain or specific skills which may not be comparable with activities such as lotteries, gambling, etc.

The guideline proposed for taxation on the gift of virtual digital assets would impact “air dropped[7]” assets which refer to cryptocurrencies which is provided to the investors for free at the time of their launch. Such cryptocurrencies will also be taxed at 30%.

Investors will also not be allowed to set off their losses against any other income and no deductions are allowed with respect to any expenditure or allowance during the transaction of such currencies other than the cost of acquisition[8].

Although the tax imposed on virtual digital assets is one of great need, the taxation scheme introduced may put unnecessary burden on investors, due to the high rate of taxation. As far as income tax filing is concerned, it has been made mandatory to file an income tax return even if person has any tax liability from crypto income even if their income is less than 5 lakhs. These type of may impose unnecessary burden on the assesses as well as the income tax department as according to the report published by finder[9] the major demographic of the Indian population dealing in crypto transactions is between the age of 18-24 years.

The practical implications are yet to be seen, for example, the crypto market could be headed for a big sell off before this fiscal year ends (on 31st March) as the tax schemes proposed are to be levied from next fiscal year. The future of virtual digital assets seems positive and hopeful especially with respect to India and certain regulations when properly drafted by the legislation could provide even for tax concessions and various promotion schemes if in the near future the Government seems as hopeful for the growth and mass adoption of such digital assets as the people. This would require the company keeping in view the security aspect of creating a safe and harmonious channel for people to engage in and own assets in a digital and virtual fo