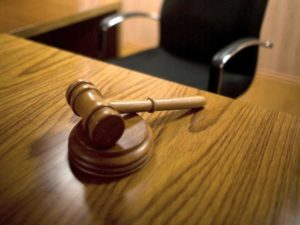 By Vikrant Rana and Tulip De

Thus, a writ petition being W.P.(C) 3747/2020 titled as Vikrant Tongad Vs. Union of India (MoEFCC) was filed in the Delhi High Court, “to protect the rights of the persons of India to a clean environment and human health and their right to community participation guaranteed to them under Article 21 of the Constitution of India, as well as under the provisions of the EP Act, 1986 and the Regulations thereunder.”

The main reliefs prayed for in the said writ petition were:-

“a. Issue a Writ in the nature of Mandamus or any other appropriate writ, order or direction to the Respondent to extend the notice period to the public, in the draft EIA notification 2020 until 30 September, 2020 or till such further period till the Covid-19 lockdown/ restrictions subsist;

As regard the language of the notification, it was contended that the draft EIA has been published only in English and Hindi, whereas it is proposed to have effect all over India and to several industries and comments have naturally been elicited from all over the country. The affidavit dated June 30, 2020 filed by the Respondent states in this connection that the notifications are published in the Gazette only in Hindi and English, but comments and responses can be made in multiple languages, and have in fact been made in other languages as well, which will also be considered. Having regard to the EIA Notification which prohibits (i) modernization, (ii) expansion and (iii) establishment of several industries as stated in the Notification and also looking to the far reaching consequences of the public consultation process for which the draft notification has been published, the Court held that it would be in aid of effective dissemination of the proposed notification if arrangements are made for its translation into other languages as well, at least those mentioned in the Eighth Schedule to the Constitution of India. The Court further suggested that such translation may be undertaken by the Government of India itself, or with the assistance of the respective State Governments, where applicable. Such translations should also be published through the website of the Ministry of Environment, Forest and Climate Change, Government of India as well as on websites of Environment Ministries of all the States as well as those of State Pollution Control Boards, within July 10, 2020, to further enable the public to respond to the draft EIA within the stipulated period.

What is Environment Impact Assessment?

Environment impact assessment is a process under the Environment (Protection) Act, 1986, which prevents industrial and infrastructural projects from being approved without proper oversight. This process ensures that every project should go through the EIA process for obtaining prior environmental clearance.

EIA covers projects such as mining of coal or other minerals, infrastructure development, thermal, nuclear and hydropower projects, real estate and other industrial projects. The projects are assessed based on their potential impact on the environment. Based on the assessments, they are granted or denied environmental clearance by a panel of experts.

Some of the salient features of the draft EIA Notification 2020 against which criticism has been voiced are as follows:-

A. Reduction of Public Response Time and Public Hearing

Normally under the Environment Impact Assessment (EIA) Notification, public consultation process takes place, where objections can be heard including from project affected people. The EAC can then make a final appraisal of the project and forward that to the regulatory authority, which is the MoEFCC. The new Draft EIA Notification reduces the time period of receiving public response from 30 to 20 days under the reason of streamlining the process. However, it may just leave the locals with even lesser time to raise objections as the draft notification also provides that the whole process of public hearing itself shall be reduced from 45 days to 40 days. For project-affected people, who are frequently forest dwellers or otherwise do not have access to information and technology, this will make it harder to put forth representations. As the Supreme Court has said in several judgements over the years, the time given to consultation should be adequate and, if it is not, then it is a violation of the principles of natural justice. This may also be against Principle 10 of the Rio Declaration which deals with promoting public consultation and awareness regarding industrial projects that may harm local environment, and India is party to the Rio Declaration.

B. Exemption of certain Projects from Public Consultation

The Draft EIA Notification exempts a long list of projects from public consultation. For example, linear projects such as roads and pipelines in border areas will not require any public hearing. The ‘border area’ is defined as “area falling within 100 kilometres aerial distance from the Line of Actual Control with bordering countries of India.” That would cover much of the Northeast, which is a repository of one of the country’s richest biodiversity.

It allows projects that are in violation of the Environment Protection Act (EPA) to apply for clearance, thus in a way legalizing projects that have already been operating without approvals from the EIA. Where an EIA clearance was never sought or granted, and the construction of the project took place regardless, the project proponent can enter an assessment procedure and seek a waiver by paying some fines for the violation. Where such ex-post-facto clearances were being granted previously, the courts cracked down on them as being unsustainable and illegal. (Recent Supreme Court decision dated April 01, 2020 in Alembic Pharmaceuticals Ltd. v. Rohit Prajapati & Ors. speaks for itself). The legality of sidestepping the courts is questionable and will have to be tested.

This waiver clause raises questions on several existing projects that are running without EIA clearances. Some example are as follows:-

D. Monitoring requirements have been slackened in the new EIA Notification

The draft EIA notification halves the frequency of reporting requirements from every six months to once a year in critical sectors such as mining. This allows for more leeway and a dilution of environmental details. During this period, certain irreversible environmental, social or health consequences of the project could go unnoticed because of the extended reporting time.

Further, the monitoring mechanism requires the compliance report to be filed by the project proponents themselves. This may create a lot of room for discrepancies.

E. The new EIA Notification extends the validity period for approvals in critical sectors such as mining and other heavy industries

Increased validity of the environment clearances for mining projects (50 years vs 30 years) and river valley projects (15 years vs 10 years), thus increasing the risk of irreversible environmental, social and health consequences on account of the project remaining unnoticed for long.

The new EIA Notification allows several red and orange toxic industries to operate as close as 0-5 Km from a Protected Area, which may risk the protection of the diversity of the country’s forests and our source of water. According to critics and environmentalists, the radius chosen is arbitrary and too less, and suitable scientific methods should be adopted to determine the appropriate distance from a Protected Area.

The EIA regime in India broadly divides the projects which require Environmental Clearance into Category A, Category B1 and Category B2 based on their presumed impact. Category A projects, which include capital-intensive projects such as thermal power projects and airports, have the highest impact and are to be assessed by the Central Government represented by the MoEFCC. Category B1 projects are assumed to have lesser impact and Category B2 projects the least impact. They are to be adjudged by the State Government represented by the State-level Environment Impact Assessment Authorities.

Further, industries that previously fell under the categories that required a full assessment have been downgraded. The construction industry will be one such beneficiary, where only the largest projects will be scrutinized fully. Effectively, many of these projects are meant for the public from whom this information will be hidden. Several red and orange industries have been moved from Category A (which needs expert appraisal) to Category B1 or B2 which have lesser EIA processes and B2 industries do not need public consultation or EAC reports. A non-exhaustive list includes:

This may be against international environmental law and agreements like the Stockholm Declaration 1972, the Rio Declaration 1992 and COP 25, to which India is party.

The basis for classification of these projects is very normative. It only depends on their size and capacity, and not just their impact on the environment and health of the population. The size of a project and the environmental risks it could cause may not always be positively correlated.

Earlier, the Defence and national security installations were under the exempted category. The new EIA proposes a vague new category of projects “involving other strategic considerations” which will also now be free from public consultation requirements. It is not clear what all will be included under this category, showing lack of transparency.

H. Notification of some areas as ‘Economically Sensitive Areas’

The new Notification proposes declaration of some areas as ‘Economically Sensitive Areas’ without a public hearing or comments from stakeholders, which is against democratic principles.

From 1992 to the present, there have been three Notifications; the last of these, the 2006 Notification has been amended more than 50 times and clarified more than 200 times through circulars since it came into force.

There are a large number of communities like Adivasis, peasants and coastal and fisher communities whose lives mainly depend on the state of the environment. Any drastic changes in EIA will have a direct impact on the living and working conditions of these people and the ecology.

Therefore, it becomes imperative that all stakeholders and members of the general public send their comments and objections to the EIA Notification, 2020 at the earliest.

Any person interested in making any objections or suggestions on the proposal contained in the draft notification may forward the same in writing for consideration of the Central Government within the period so specified to the Secretary, Ministry of Environment, Forest and Climate Change, Indira Paryavaran Bhawan, Jor Bagh Road, Aliganj, New Delhi 110 003, or send it to the e-mail address at eia2020-moefcc@gov.in