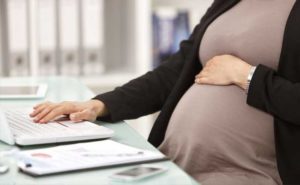 The Maternity Benefits Act, 1961 has been enforced with the view of regulating the employment of women in certain establishment for certain period before and after child-birth and to provide them with maternity benefit and certain other benefits.

A recent amendment in the Maternity Benefits Act, 1961 stated that maternity leaves of 12 weeks available to women shall now be extended to 26 weeks. A notification was published in the official gazette whereby the Act was made applicable from the 1st of April 2017. A writ petition in the Delhi High Court is noteworthy in this regard.

The case of the Petitioner:

One of the teachers from a private school in Delhi, filed a writ petition in the Delhi High Court(W.P.(C) 4849/2017, CM No. 20953/2017) stating that the school was not providing her the benefit of leave for 26 weeks even though the corresponding provisions in the amended Act were enforceable from 1st of April 2017 and she had delivered on February 1. The mother claimed that due to the clarification issued by the Ministry of Labour and Employment on April 12, 2017 it was clear that enhanced maternity leaves under the new Act can be extended to women who are availing leave under the old Act.

The gazette notification released on March 31st, 2017, amending the Act makes it clear that except for the provisions related to creche facilities all other provisions are applicable from 1st of April 2017 only. The case is scheduled to be heard again on October 9, 2017. It is also clear from the clarification released by the Ministry that mothers availing leave under the old Act can get their leaves extended under the new Act if the same were continuing as on the date of commencement of the Act.

It is a prominent rule of interpretation, that in case of a beneficial legislation, the rule of liberal interpretation is preferred so as to provide maximum benefit to the subjects of the Act. Even though in the instant case, the provisions related to maternity leave of 26 weeks are clear and self-explanatory, even if there is a doubt as a to the interpretation of the provisions, the benefit of doubt should be given to the subjects and interpreting liberally, maximum number mothers should be allowed the benefit within the ambit of the Act. The question in the instant case is of timelines of the maternity leaves availed by the mother and whether she was on leave on April 1, 2017. The answer and judicial order is by the Delhi High court is awaited.