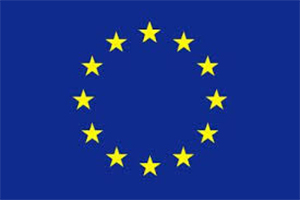 Technology for the modern world is as important as oxygen is for life. The development of internet and the exchange of data amongst different computers has led to major technological as well as telecommunication revolutions. With the advent of Internet, the domain names have taken a new dimension for the business potentials. As is a fact of today’s world, domain names are a part of the corporate assest of a company and their identity on the Internet.

In response to this in April 2018, Jean-Noel Frydman sued the French Government in Virginia Court to get back his rights on the domain name he was using for more than two decades. His allegations included accusing the French government and Atout France, the French Government’s tourism agency, of cybersquatting, hijacking his domain name, expropriation of property, infringing on his trademark, and unfair competition.

In its ruling, the Court of EU held that ‘the privately owned “France.com” cannot be registered as an EU trademark’. Further upholding the EUIPO’s analysis, it held that, ‘In light of the fact that the signs at issue cover identical or similar services and have a particularly high degree of phonetic and conceptual similarity, the Court finds that there is a likelihood of confusion. It follows that, as EUIPO decided, France is entitled to oppose registration of the sign france.com’.