Gas and ATF likely to be brought under GST 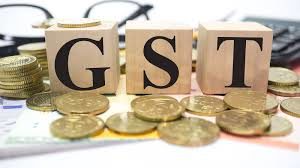 As per the reports of a Government official, two out of the five petroleum products namely aviation turbine fuel (“ATF”) and natural gas are among the first set of petroleum products that are likely to be included under the ambit of Goods and Services Tax (“GST”). Although the tax rate on both the products has not been finalized, the decision for the same will be taken by the GST Council.

The Finance Ministry has commenced planning for the next round of discussions at the GST Council for including natural gas and ATF within the ambit of GST prior to developing a consensus for other petroleum products.

To develop and sustain a consensus with the states prior to the implementation of GST, the Union Government had decided to exclude five petroleum products namely crude oil, petrol, diesel, ATF and natural gas from the list of products covered under the ambit of GST. However, products such as cooking gas, kerosene and naphtha were included. A member of the GST Council  previously mentioned that though petroleum products were not kept out of GST, the inclusion of such products within the ambit of GST may require time of atleast one year wherein in such time frame, the revenue impact of GST would be clearer.

Presently, the revenue collection of GST is not steady, which could be a probable reason for the opposing of any step/initiative to relinquish additional revenues by states with the introduction of a lower rate of tax on petroleum products.

Additionally, the levy of GST on ATF would permit airlines to avail input tax credit (“ITC”) towards the GST paid thereon and also assist in reducing the effective cost. Likewise, the levy of GST on natural gas would help the state-owned oil entities to save tax by way of availing ITC towards taxes paid for inputs and input services.

The industry is of the view that with the exclusion of ATF and natural gas from the ambit of GST, the cost of these products increases considering that the tax paid on inputs/input services on such products is not credited and tantamount to an expense which is eventually added to the cost of production of such products.

Further, in the view of experts, the price of ATF would reduce if the same is covered in the 18 per cent bracket under GST and no additional surcharge is levied. Lower fuel cost would result in ticket prices for travelers getting reduced given that fuel accounts for a substantial percentage of an airline’s operating cost.

The aviation ministry has from time to time shown keenness to include ATF within the ambit of GST considering the increasing global crude oil prices has resulted in the rising price of ATF which is a major cost for an airline. It will be needless to mention that high ATF cost makes air travel more costly and effects consumers.

Likewise, natural gas is an industrial product which is widely used by several industries such as steel, chemicals etc. to name a few. The industry dealing in this product has also been expressing its keenness to be included within the ambit of GST for being entitled to avail the benefit of availing ITC which is one of the most advantageous features in the present tax system.