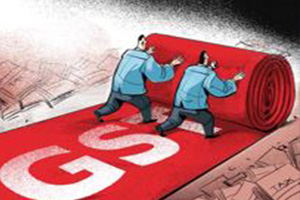 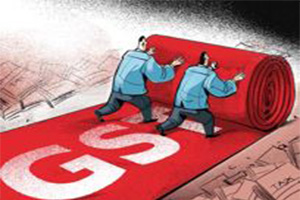 With the advent of new types of securities, new technologies and new ways of keeping money, the tax system has to constantly evolve in order to keep up. One of these new trends, especially in the fashion and food industry is that of pre-paid instruments (PPIs), commonly known as vouchers, coupons and gift cards.

The new GST regime is the first tax regime in India to tax such type of instruments. This brought about a lot of confusion, since these PPIs are largely equivalent to money, their taxation as goods would entail double taxation, and may dissuade their use altogether. Other confusions were related to the time of supply of such instruments, as well as different tax rates for paper-based and card-based vouchers.

The Appellate Authority for Advanced Ruling (AAAR) of Tamil Nadu has finally cleared this confusion, which is worth a discussion.

Under Para 2.4 of the Master Direction, closed system PPIs are issued by an entity for facilitating the purchase of goods and services from that entity only and do not permit cash withdrawal. These do not require prior authorisation/approval from the RBI. These may generally take the form of gift vouchers for particular shops or outlets.

Under Para 2.5 of the Master Direction, semi-closed PPIs are used for purchase of goods and services, including financial services, remittance facilities, etc., at a group of clearly identified merchant locations/establishments which have a specific contract with the issuer (or contract through a payment aggregator/payment gateway) to accept the PPIs as payment instruments. These instruments do not permit cash withdrawal, irrespective of whether they are issued by banks or non-banks and may only be issued with prior permission of the RBI. The most common example of this is Sodexo coupons – food coupons given by employers and generally accepted at merchants such as KFC, McDonald’s, Big Bazaar, etc.

Under Para 2.6 of the Master Direction, open system PPIs are issued only by banks and are used at any merchant for purchase of goods and services, including financial services, remittance facilities, etc. Banks issuing such PPIs shall also facilitate cash withdrawal at ATMs / Point of Sale (PoS) / Business Correspondents. Generally, these take the form of prepaid cards.

Kalyan Jewellers India Limited, one of India’s largest jewellery retail chains, filed an application with the AAAR,  seeking clarification as to whether its own closed PPIs can be treated as supply of goods or services, and hence be subject to GST.[3] The following arguments were placed by the Applicant against treatment of PPIs as goods or services.

Similar arguments were also placed for treatment of PPIs as services, with the primary argument relying on the case of UOI v. Delhi Chit Fund Association,[7] wherein it was held that in a mere transaction of money or actionable claim, no service is involved and no service tax leviable.

Opinions of the Authorities

“(g) payment instruction means any instrument, authorisation or order in any form, including electronic means, to effect a payment,—

(i) by a person to a system participant; or

That said, this irregularity does not seem to be affecting the ratio of the ruling, which is based on the fact that gift vouchers/gift cards are merely instruments accepted as consideration (or part consideration) while purchasing the goods from the issuer and the identity of the supplier is established in the PPI.

Actionable claims are defined under the Transfer of Property Act, 1882 and reads as under –

For the purposes of the CGST Act, 2017, however, actionable claims are included in the definition of goods. Hence, there exists a contradiction in the argument of the Applicant that they cannot be classified as goods. This contradiction was only noted by the AAAR. The AAR had held that since the impugned instrument does not constitute any claim to a debt, or any beneficial interest in movable property, the same cannot be held to be actionable claims. In fact, if the holder of the instrument misplaces it or is unable to use it prior to the expiration date, the instrument itself becomes invalid.

Hence, the closed system vouchers of the applicant were previously held to be treated as goods but not as actionable claims under the CGST Act.

However, the AAAR overruled this view. It was of the view that vouchers are neither goods nor services. As such, there is no need to evaluate whether they fall under the definition of actionable claims.

Under Section 7 to the CGST Act, 2017, the requisites for ‘supply’ are twofold –

In the present scenario relating to gift vouchers, it was held that the former exists as there is exchange of money at the time of purchase of a voucher. Secondly, the same is in furtherance of business since closed system vouchers are to be redeemed at the same outlet/chain of outlets generally, expecting future transactions.

Time and Rate of Supply

The final predicament related to the time and the applicable rate of supply – whether the actual goods will be taxable, or the voucher itself would be taxable (leading to double taxation). Section 12(4) of the CGST Act, 2017, reads as under –

“(4) In case of supply of vouchers by a supplier, the time of supply shall be—

Thus, the law regarding taxation of gift vouchers and gift cards has finally been put to rest. The same can be summarised as under –

Hence, businesses must ensure that where vouchers are being issued for specific identifiable items, GST must be levied at such point itself at the applicable rate of goods.

While this judgement removes the ambiguity on closed system PPIs, the stance regarding semi-closed and open system PPIs remains unclear, since they require approval from the RBI and may be classified as ‘money’ for the purposes of the CGST Act, 2017. Businesses must keep in mind that no entity can set up and operate payment systems for issuance of semi-closed/open system PPIs without prior approval of the RBI.