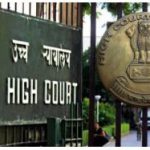 The Delhi High Court in News Nation Networks Pvt. Ltd. v. News Nation Gujarat & Ors.[1] vide an order dated December 22, 2017 on the question of jurisdiction held that
“…merely hosting a web-page on Facebook would not be sufficient to confer jurisdiction on a court where the defendants does not carry on business. Merely because Facebook is an interactive site and permits the users to offer comments or indicate whether they “like what they see” on the site, would not be sufficient to provide a cause of action for passing off in a jurisdiction where the Defendant does not enter into any commercial transaction,”

The Applicant, News Nation Networks Pvt. Ltd., is a media house engaged in the business of broadcasting, telecasting, relaying, transmitting and distribution of news. The Plaintiff owns and operates a Hindi news channel under the trademark and trade name “NEWS NATION, which is broadcasted all over India, including the State of Gujarat- by way of cable streaming, Direct To Home (DTH) service and also by online streaming. The Plaintiff stated that the mark NEWS NATION is a combination of two words and was coined by the Plaintiff in the year 2012 and being used by it since April, 2013. The Plaintiff has applied for registration of the mark NEWS NATION; however, the same is pending before the Registrar of Trademarks, Delhi. The Plaintiff further stated that the plaintiff has a formidable presence on the internet and operates a website with domain name “www.newsnation.com”, along with significant presence on social networking sites such as Facebook and Twitter. It is also stated by the Plaintiff that the Defendants have established a media house and have started publishing a newspaper under the name of “News Nation Gujarat” and also run a website with the domain name “ww.newsnationgujarat.com” along with an interactive Facebook page titled as “News Nation Gujarat”. The Plaintiff further stated that although the newspaper was circulated in Gujarat but it was being circulated through the World Wide Web and the same is accessible to users in Delhi as well and thus causing grave confusion and deception among the public at large and therefore, amounts to passing off, unfair competition and unfair trade practice.

The Plaintiff contended that Delhi High Court had jurisdiction to decide on the matter on the following assertions:

Observation of the Court:

The court observed that the mark News Nation is not a registered trade mark (although an application for registration of the said trademark is pending). Thus, the present suit is a suit for passing off and the question whether this court has jurisdiction to entertain the suit has to be considered in the context of Section 20 of CPC.

The court observed that maintenance of the Facebook page on a social media site can at best be representative of the defendants issuing an advertisement of their product i.e. newspaper. Although, it is stated that www.facebook.com is an interactive site, there is no allegation that any commercial transaction is carried out between users and the defendants through www.facebook.com. The allegation is merely that the users of www.facebook.com can read an article or news published and can post their comments.

The court relying on ratio in precedents in Pfizer Products Inc. v. Rajesh Chopra and Ors. [2], Cyber sell Inc, an Arizona Corporation v. Cyber sell Inc. a Florida Corporation[2] , Banyan Tree Holding (P) Ltd. v. A Murali Krishna Reddy and Anr.[3] held for the first assertion of the Plaintiff that “merely because Facebook is an interactive site and permits the users to offer comments or indicate whether they “like what they see” on the site, would not be sufficient to provide a cause of action for passing off in a jurisdiction where the defendant does not enter into any commercial transaction.”

Based on above-stated reasoning, the court was satisfied that the Delhi High Court did not have jurisdiction to entertain the present suit and the plaint must be returned.