India: Is there a need for the FRDI Bill? 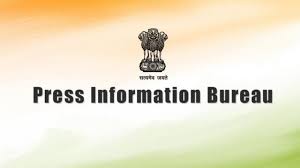 The Bail-in clause is when liability holders bear a part of the cost of resolution, by reduction in their own claims. It is one of the many tools introduced in the bill for resolution of financial institutions in times of financial crises. The bill seeks to transfer the deposit insurance function from the Deposit Insurance and Credit Guarantee Corporation to the Resolution Corporation, thus, further ensuring the protection of depositor’s rights.

The pre-existing protections to the rights of the depositor have not been modified, however, additions have been made thereof. The Resolution Corporation has been given the power to increase the insured deposit amount which is currently INR 1 lakh (USD 1569 approx.). As per the new bill, the claims of uninsured depositors in case of liquidation will be higher than before.

Conclusion: Keeping in view the vulnerability of our economy towards the profits and losses experienced by the financial institutions and absence of a consolidated and a complete law to support any adversity, which may befall such institutions there was an immediate need for introduction of a final complete legislation. Thus, this new bill is a hope for better banking mechanism in India which will now even extend its cover upon other financial institutions beyond the public sector bank. Moreover, this bill seeks to establish a strong banking sector in India ensuring maximum protection of the rights of the depositors.