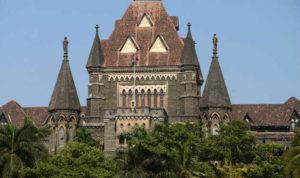 Growing awareness and increasing concerns about protection of the environment is leading towards the requirement of a shift from the dependence on the non-renewable energy sources to energy efficient and cleaner alternatives. The Government has been striving to involve participation of the people of the country to opt for environment conducive sources.

The over-exploitation of non-renewable resources for energy and improper disposal of their remnants has resulted in high levels of pollution contaminating the air, water, soil and the overall environment around us. With the objective of the protection and improvement of environment, the Government has come up with numerous legislative frameworks and policies. Recourse to multiple forms of renewable energies include solar, wind, Hydro, Biomass and Geothermal energies.

The energy stored in wind can be used as source to fuel the requirements of human needs. Wind energy conversion devices like wind turbines are used for converting wind energy into mechanical energy. Since time immemorial, the areas of steady wind, this form of energy, has been used for many purposes such as pumping water, irrigation, grinding grain, etc.. In India, although the availability of wind for conversion into useful energy is limited, Government has promoted the establishment of wind energy farms in receiving adequate energy supply.

For the fulfilment of the objective of proper regulation and control of wind energy in the country, the High Court of Bombay has directed the Maharashtra State Electricity Distribution Co. Ltd. (hereinafter referred to as the “distributor”) to submit its proposal to reclassify wind zones after taking into account consultations from the developers.
[1]

While the distributor aimed at the reclassification of the wind zones based on the capacity utilization factor (hereinafter referred to as “CUF”) alleging that developers were drawing undue profit from the relatively higher tariff, the developers contended that increased CUF and improved energy outputs were attributable to the installations of suitable machinery.

The policies of the Government have been made to promote expansion of this domain for meeting the demands of energy. Legislature and judicial system has also been making contributions for the enforcement and realization of this environmental friendly resource. In order to ensure clarity on the aspect of power generation capacity of the wind energy sector of the country, there is a necessity for proper classification of the wind energy zones so that there can be maximum generation and utilization of this source. The process of classification should not only involve the bifurcations made by the State regulatory authority but the inputs of the energy developers in raising the levels of capacity should be taken into account.