India: CBEC to be renamed as CBIC-Corporate Newsletter

India: CBEC to be renamed as CBIC 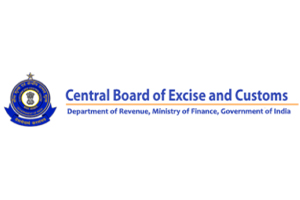 The malpractices and serious violations by the miners in Odisha was noted by the Hon’ble Supreme Court of India in the case of Common Cause v. Union of India and Ors. in August 2017. 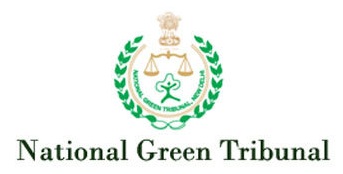 The NGT vide its recent judgement suggested the need of strict actions against those involved in creating pollution by plastics. Also, the NGT emphasized for implementation of rain water harvesting system

The Government has proposed certain tax concessions for transactions taking place in International Financial Services Centres in order to promote trading in stock exchanges present in such locations.

India: CBEC to be renamed as CBIC

CBEC is a part of the Department of Revenue under the Ministry of Finance, Government of India. In addition to dealing with Customs & Central Excise Duties and Service Tax, it plays a significant role in the prevention of smuggling and administration of matters relating to Customs, Central Excise, Service Tax and Narcotics to the extent under its purview. Further, CBEC is the administrative authority for its subordinate organizations, including Custom Houses, Central Excise and Service Tax Commissionerates and the Central Revenues Control Laboratory.

The existing functions of CBEC will be re-organised to implement and enforce the provisions of GST. A circular[2] dated May 13, 2017, was issued by the Department of Revenue, Ministry of Finance wherein the structure of the CBIC was provided. Some of the proposed changes are as follows:

In view of the above, it is envisaged that various acts like Central Boards of Revenue Act, 1963 and Central Goods and Services Tax Act, 2017 will have to be amended to replace the name of departments whose names have been changed.

[1]Announced by Union Minister for Finance and Corporate Affairs, Shri Arun Jaitley while presenting the General Budget 2018-19 in Parliament available at
http://pib.nic.in/PressReleaseIframePage.aspx?PRID=1518525

A commendably detailed account of the malpractices and serious violations by the miners in Odisha was made by the Hon’ble Supreme Court of India in the case of Common Cause v. Union of India and Ors. [1] in August 2017. A Centrally Empowered Committee was appointed in 2009 for examining the conditions and practices adopted in the mining organizations and their public regulators in the State of Odisha.

In its detailed report, the Centrally Empowered Committee (hereinafter referred to as the ‘CEC’), it was stated that out of 187 iron and manganese ore mining companies, 102 did not have the requisite environmental clearance (under the Environment (Protection) Act, 1986) or approval under the Forest (Conservation) Act, 1980 or approved mining plan and/or Consent to Operate under the provisions of the Air (Prevention and Control of Pollution) Act, 1981 or the Water (Prevention and Control of Pollution) Act, 1981. The judgement has mentioned without exception each and every form of illegal mining practice and vociferously condemned the illegal and untrustworthy practices being adopted by the giant mining organizations in Odisha. In addition to this, the CEC report had retraced many other
‘frightening figures’.

In its final report dated April 25, 2014 the CEC dealt with the following topics:

Imposing a penalty of 100% recovery of the prices, rent, royalty or taxes etc. of the illegally mined ore, upon the defaulting miners the Court held that, “If there has been illegal mining, the defaulting lessee must bear the consequences of the illegality and not be benefited by pocketing 70% of the illegally mined ore. It simply does not stand to reason why the State should be compelled to forego what is its due from the exploitation of a natural resource and on the contrary be a party in filling the coffers of defaulting lessees in an ill gotten manner.”

The deadline imposed for depositing the compensation was held to be December 31, 2017. A total of INR 19174.38 crores was due from to be deposited 131 mining lease holders. In its recent order dated January 30, 2018[2] , the Hon’ble Court expressed immense dissatisfaction towards the steps taken by the mining organization in depositing the penalty amount as it observed that the cumulative total amount of penalties imposed by the Supreme Court, only a little more that 50% had been recovered. In view of the same, the Court directed the State of Odisha to take coercive actions to recover the said amount.

Morally, can one be compensated for breathing contaminated air? And Legally, can one
waiver off his fundamental rights to free and pure air, for some industrial activity. Since both the questions are answered in negative, we ask a third one: How far will the polluter’s pay principle work if the polluters are always ready to pay?

In furtherance to the objectives of the United Nations Conference on Environment and Development held at Rio De Janerio, India established the National Green Tribunal (hereinafter referred to as “NGT”) under the National Green Tribunal Act, 2010. The NGT aims for effective and expeditious disposal of cases pertaining to environmental protection including compensation for damages that are incidental thereto.

Owing to the very low degree of biodegradability, plastics pose a great threat to our planet. The remedy available to deal with the menace of plastics is their ability to be recycled, thereby permitting their reuse. Thus, in order to reduce the burden of plastic on earth, it is essential to have a regulatory or restrictive mechanism to ensure their proper disposal.

Working towards the environmental concerns raised by the unregulated disposal of plastics, the NGT- Eastern Bench (hereinafter referred to as the “Bench”), vide its order in the case of Subhash Datta Vs. Union of India & Ors., dated January 22, 2018 , has advocated for stricter imposition of its ban. The Bench observed that although Puri has been declared a ‘no plastic zone’ there still persist unscrupulous elements who smuggle plastic bags into the town. The Bench sought enforcement of strong actions with greater vigor for prevention of disposal of thermocol, plastic, polythene, etc., being dumped into the sewerage line against those who continue to flout the orders of the Municipal Corporation.

Another aspect covered by the NGT Bench vide the aforesaid order also focused on the necessity of the phase-wise implementation of the rain water harvesting scheme in respect of all the buildings, be it private or government. Rain water harvesting is a technique whereby rainwater is collected and stored in reservoirs installed in buildings/houses. The water so accumulated can then be used for varied uses including self-supply to the installing unit thus reducing the dependency on ground water for all needs. Promoting Rain water harvesting, the Bench has called for greater compliance to such provisions to assure easy and efficient recourse to natural resources.

By such steps, the NGT aims at reduction in the use of harmful substances, and encourages recourse to cost effective and simple remedies thereby safeguarding the environment.

In order to provide avenues to the finest financial minds in India and to fully exhibit and exploit their strength to the country’s advantage and to enable India to become a producer and exporter of international financial services, in 2015 the Government had proposed to set up International Financial Services Centres (hereinafter referred as ‘IFSC’) in the country. Since then, various measures including tax incentives have been provided in furtherance of this objective.

Shri  Arun Jaitley, the Union Finance and Corporate Affairs Minister had proposed in General Budget 2018-19 to provide concessions for IFSC. In furtherance  to  the  same,  the  Ministry  of  Finance  vide  press  release  dated

February 1, 2018, has notified that it has been proposed that for the purpose of promoting trade in stock exchanges located in IFSC, exemption should be granted on transfer of derivatives and certain securities by non-residents from capital gains tax. Further, non-corporate taxpayers operating in IFSC are proposed to be charged Alternate Minimum Tax at a concessional rate of 9% at par with Minimum Alternate Tax applicable for corporates.

Also, the Finance Minister urged regulators to move from ‘AA’ to ‘A’ rating for investment eligibility in order to encourage raising funds from bond market. He also said that the Government will establish a unified authority for regulating all financial services in International Finance Service Centre (IFSCs) in India.

India intends to be a leading exporter of international financial services and is taking active steps in that direction. Exemption from capital gains tax for trading by non-residents as well as charging the Alternate Minimum Tax at concessional rate are huge incentives proposed for promoting trading in stock exchanges located in IFSCs.