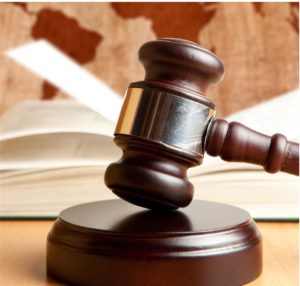 The business transactions have been an important mode of interaction between different strata of people and the parties are often faced by the challenges posed by changing circumstances resulting in clash of view-points. Increased levels of business operations may result in rise in the number of disputes amongst the transacting parties. With the different available options to resolve the differences between the parties such as filing of suit in the Court of law, alternate dispute redressal mechanism including conciliation, mediation and arbitration are gaining popularity.

The preferred mode of Arbitration

Arbitration is a mode of settlement of disputes by mutual agreement, where the rights and obligations are determined by the self-appointed authority, in respect of their matter, are binding on them. The authority involved in dispute resolution amongst the parties may be a single Arbitrator or a panel of Arbitrators constituting a Tribunal thereby. It may be conducted at domestic (which concern the parties residing in the same country) as well as international levels (where the parties reside in different countries).

The Government is in the process of introducing an ordinance to provide for time-bound settlement of commercial disputes and make arbitrators accountable.

While amendments to the Arbitration Act are in the process of incorporation, they aim to improve institutional arbitration by establishing an independent body- Arbitration Council of India (hereinafter referred to as “ACI”) to lay down standards, make arbitration more friendly, cost-effective and ensure timely disposal of arbitration cases on fast track. The bill, passed by Lok Sabha and pending approval of Rajya Sabha in this regard, seeks to help India become a hub for domestic and global arbitration for settling commercial disputes. ACI will frame proper rules as to how institutions would be graded, norms to be followed, monitoring of quality and performance, and encourage training of arbitrators.

In the wake of Government’s vision of ‘Ease of doing Business’ in India, steps are being taken for the promotion of investment conducive policies and expeditious resolution of disputes with a view to encourage business opportunities in the country. Modifications via amendment to the existing legal guidelines governing arbitral procedures in India, focus at the development of an institutional framework forming a robust mechanism to tackle business related disputes by enumerating the standards and quality expected out of an efficient redressal apparatus.