India: Flying drones to be legal in the Country beginning December!! 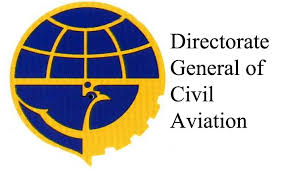 Flying of Remotely Piloted Aircraft System (hereinafter referred to as the ‘RPAS’) or in common parlance, Drones, will be legal across India from December 1, 2018. The Ministry of Civil Aviation has finalised a national drone policy and has fixed parameters – including height – for drone flights. From the outset, the policy outlines a No Drone Zones. The regulation defines “No Drone Zones” as areas around airports, near international border, Vijay Chowk in Delhi, State Secretariat Complex in state capitals, strategic locations, vital military installations, etc.

Previously, the use of drones was limited to the military. The first large scale use of drones were in 1959, when the US Air Force, concerned about losing pilots over hostile territory, began planning for the use of unmanned aircraft. Since then, the commercial drone industry has undergone significant technological developments. There have been efforts to regulate the use of UAS to ensure that safety measures are in place even as the industry is seeing an increase in the number of commercial drones being used for defense, agriculture, filming and weather monitoring among others.

The term unmanned aircraft system (hereinafter referred to as the ‘UAS’) was adopted by the United States Department of Defense and the United States Federal Aviation Administration in 2005 according to their Unmanned Aircraft System Roadmap 2005-2030. It is broadly defined as, “powered, aerial vehicle that does not carry a human operator, uses aerodynamic forces to provide vehicle lift, can fly autonomously or be piloted remotely, can be expendable or recoverable, and can carry a lethal or non-lethal payload.”

Last year, the Directorate General of Civil Aviation (hereinafter referred to the ‘DGCA’) on November 1, 2017, released a draft regulation, calling for public comments and stipulating the requirements for Operation of Civil Remotely Pilot Aircraft System. Prior to that the DGCA had on October 7, 2014 released a public notice banning the use of UAS in the country. The notice for the first time recognized the menace of drones and acknowledged the underling safety and privacy issues in it.

As per the regulations, to be effective from December 1, all civilian drone operations will be restricted only during day time and flying will be restricted within visual line of sight which usually would be 450 metres. Except nano drones and those owned by National Technical Research Organisation and Central Intelligence agencies, the rest would be registered and issued Unique Identification Number.

However, the guidelines in the current form prohibit flying of drones that are not in the operator’s visual line of sight that restrict various applications such as carriage of goods or passengers. The government has identified 23 sites across the country where the drone technology will be put to extensive use to evaluate its further usage.

The registration of the drones, permission to fly will be done digitally through the ‘digital sky platform’, connected to local police, which will implement “no permission, no take off”. The DGCA in its guidelines has also detailed the requirements that manufacturers need to equip the drones with without which the regulator will not clear the aircraft for flying. These are inclusion of the “no permission, no take off” feature and a facility to take over a rogue drone.