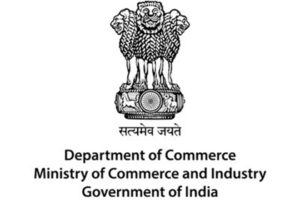 The advent of globalization has integrated the world into a unified single platform increasing togetherness and eliminating the distance separating them. Business dealings have always been a source of interaction and bringing people closer to each other. The cross border commercial transactions often involve import and export of goods amongst the parties belonging which as a whole impact the economy of the nations. The Government of India has kept a close eye on the nature of business transactions ensuring that that they do not impact negatively to the growth and development of the country.

Facing the challenges posed by the depreciating rupee, the Government has come forward with the following steps to boost the capital inflows :[1]

Restrictions may be imposed on imported goods

The Government is working towards controlling the import of non-essential goods in India with the objective of checking the current account deficit.[2] Amongst such goods, Government aims to restrict the import of goods such as gold, finished electronics, certain textiles, automobiles and high-end consumer products like watches, etc.[3]

While the Government is working towards raising the levels of local production in the nation in consonance to its motto of “Make in India” and exports of the goods of Indian origin, the decision to curb the imports of certain goods should be considered in the light of balancing the domestic opportunities against the revenue generation on account of customs duty generated from import.