India: Mere failure of a corporate entity to meet contractual obligations is no ground for lifting of Corporate Veil 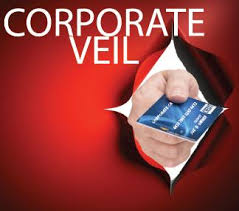 In a recent judgment delivered by the Delhi High Court in the case of Sudhir Gopi vs Indira Gandhi National Open University[1] , Indira Gandhi National Open University (hereinafter referred to as ‘IGNOU’ or ‘the Respondents’) and Universal Empire Institute of Technology (hereinafter referred to as the ‘UEIT’) entered into an agreement dated November 16, 2005, whereby UEIT agreed to act as a Partner Institute of IGNOU for three years. Mr. Sudhir Gopi (hereinafter referred to as the ‘Petitioner’), Chairman and Managing Director, UEIT, was designated to handle all further business between the parties on behalf of UEIT and not in his personal capacity. In the said agreement, both the parties agreed to share the fees collected from the students enrolled. The concerned parties entered into another agreement dated May 01, 2009, renewing the previous agreement for a further period. Consequently, disputes arose between the parties in connection with the agreement.

IGNOU pleaded that the invoices that were raised for admission and re admissions of students after July 2008 remained outstanding and only certain ad hoc payments were made. On the other hand, UEIT claimed that IGNOU had enrolled students from other institutes that were operating illegally outside the free trade zones, which resulted in higher expenditure to run a Centre in such zones. As a result, IGNOU terminated the agreement.

After invoking the Arbitration clause, IGNOU filed its claims followed by counter claims from Mr. Gopi and UEIT. In the arbitral proceedings, it was disclosed that Mr. Gopi, Chairman and Managing Director of UEIT and Mr. Nader Mohammed Abdulla Fikri were the only designated shareholders of UEIT. It was clarified that the reply to the statement of claims and the counter claim was filed by Mr. Gopi on behalf of UEIT in his capacity as the Managing Director and not in his personal capacity.

The Arbitral tribunal awarded a sum of USD 664,070 in favor of IGNOU against Mr. Gopi and UEIT, jointly and severally, along with interest at the rate of 12% p.a. on the awarded amount from January 03, 2012 to the date of the award.

Contentions of the Petitioner

The Petitioner claimed that the award by the arbitral tribunal was without jurisdiction as Mr. Gopi was also made liable for the awarded amounts. Relying on various judgments, the learned Counsel appearing for the Petitioner contended that an arbitral tribunal does not have the power to proceed against any person who was not a signatory to the arbitration agreement[2]

Contentions of the Respondent

The Learned Counsel for the Respondents Mr. Aly Mirza contended that the Petitioner held 99 shares out of the 100 shares issued by UEIT and was the sole in-charge of running its affairs. He contended that it was plainly evident from the conduct of the Petitioner that he had made no distinction between himself and UEIT.

He contended that the Petitioner was running the business under the façade of UEIT and essentially there was no difference between Mr. Sudhir Gopi and UEIT.
He further contended that prior to the commencement of the arbitral proceedings, IGNOU had issued a notice to UEIT and Mr. Sudhir Gopi, which was responded to by Mr. Gopi without registering any objection as to the notice being addressed to him directly. Similarly, Mr Gopi and UEIT had filed a common reply to the statement of claims and had also jointly filed counter claims[3].

The Court stated that in the present case, neither the Agreement was signed by the Petitioner in his personal capacity, nor any of the communications produced provided a record of an agreement between the Petitioner and the Respondent to arbitrate. To add weightage to this view, the Court stated that both UEIT and Mr Gopi had clarified that Mr Gopi had preferred the counter claims on behalf of UEIT and not in his personal capacity vide the directions of the arbitral tribunal issued on April 30, 2015.

The Court categorically put forward its view that the arbitral tribunal, being a creature of limited jurisdiction, had no power to extend the scope of the arbitral proceedings to include persons who had not consented to arbitrate.

Relying on the judicial precedents put forth by the Petitioner, the Court stated that it is the Court who determines the question whether an individual or an entity can be compelled to arbitrate. In the case of
Oil and Natural Gas Corporation Ltd. v. Jindal Drilling and Industries Limited[4] , the Court held that the arbitral tribunal has no power to lift the corporate veil. Only a Court can lift the corporate veil of a company if the strongest case is made out. The Court in
MV Tongli Yantai held that the mere fact that a party is an alter ego of another would not predicate an agreement to refer disputes to arbitration by the one which is not a party to the arbitration agreement. Courts have lifted the corporate veil to confer benefit or to foist liability upon a party.

Relying on an additional precedent in
Indowind Energy Ltd. V. Wescare (India) Ltd[5] , the Court inferred that it is fundamental that a provision for arbitration to constitute an arbitration agreement for the purpose of Section 7 of the Arbitration and Conciliation Act, 1996, should satisfy two conditions: (i) it should be between the parties to the dispute; and (ii) it should relate to or be applicable to the dispute.

The Court further stated that all the judicial precedents relied upon by the Respondent have no application to the facts of the present case as either the subject matter in question was totally different (no dispute as to the existence of the arbitration agreement)[6] or there was no quarrel with the proposition that the corporate veil could be lifted.[7]

The Court stated that arbitration is founded on consent between the parties to refer the disputes to arbitration. The fact that an individual or a few individuals hold controlling interest in a company and are in-charge of running its business does not render them personally bound.

The Court answering the query in relation to extending an arbitration agreement to non-signatories, held that it can be done in limited circumstances, first, where the Court came to the conclusion that there was an implied consent and second, where there were reasons to disregard the corporate personality of a party. It further stated that a corporate veil could be pierced only in rare cases where the Court came to the conclusion that the conduct of the shareholder was abusive and that the corporate façade was used for an improper purpose.

The petition was allowed and the impugned award as regards to the Petitioner was set aside.