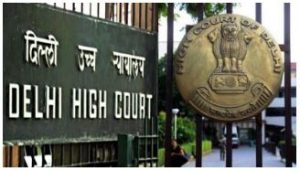 Justices S Ravindra Bhat and Yogesh Khanna of the Hon’ble Delhi High Court (DHC) recently passed an order dismissing Monsanto’s plea by stating that its patent for Bt cotton seeds was not valid under Section 3(j) of the Indian Patents Act which recites that plants and animals in whole or any part thereof other than micro-organisms but including seeds, varieties and species and essentially biological processes for production or propagation of plants and animals are not patentable.

The Hon’ble court further clarified that Monsanto Technologies’ patents on Bt cotton seed varieties Bollgard and Bollgard II were not valid and rejected its claims against Nuziveedu Seeds on this count.

Prior to the above decision, Monsanto was given three months to appeal to the Protection of Plant Varieties and Farmers’ Rights Authority for relief under the Protection of Plant Variety and Farmers Right Act. Regarding the same, the court heard a set of appeals filed by Monsanto and Nuziveedu along with the latter’s group companies including Prabhati Agri Biotech and Pravardhan Seeds.

According to the recently published news with Economic Times, a few government organizations after hearing the order said that they would write to the Department of Agriculture to immediately scrap trait fee on Bollgard II cotton seeds. One of the spokesperson from these organizations also declared that plant varieties and seeds can’t be patented will protect the rights of farmers and ensure the country’s food security.

A Colossal Setback for Monsanto

Running for an answer on the order passed, Monsanto’s lawyer disappointed with the order revealed that the company will approach Supreme Court in the next 30 days with a certificate of appeal granted by the court. Before making the above statement, the Monsanto lawyer had asked the court to hold the order in abeyance for three months during which it could seek remedies, however the court did not accede to this.

Further, with respect to the suit for infringement between Monsanto and Nuziveedu Seeds related to trait fees, the court affirmed that Monsanto’s claim was not maintainable as the patents were invalid. However, the suit can proceed for claim of damages since there was a sub-license agreement for a period of 10 years between the parties. Earlier, the single judge had said the Indian companies would have to pay trait fees to Monsanto, in line with government-set rates.

The order passed by DHC is in favor of the Indian cotton farmers as there will no IPR protection, particularly patents for plant varieties and seeds, however the decision shall bypass to bring best technologies by global companies in India where agricultural innovation are still in the pipeline, if there is no protection to plant variety and seeds.