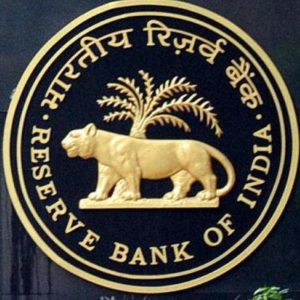 The Reserve Bank of India (hereinafter referred to as ‘RBI’), vide A.P. (DIR Series) Circular No. 11 [RBI/2017-18/88][1] dated November 9, 2017, has notified that the
Simplified Hedging Facility for risk management and inter-bank dealings will be effective from January 1, 2018. RBI stated that this facility is being introduced in order to simplify the process of
hedging exchange rate risk by reducing documentation requirements.

The purpose and guidelines:

The scheme of Simplified Hedging Facility was announced by the RBI for the first time in August, 2016, and the draft scheme was released on April 12, 2017. Earlier this year, RBI had also released a
Statement on Developmental and Regulatory Policies[2] , dated August 2, 2017, wherein it was stated that this scheme is aimed at simplifying the process for hedging exchange rate risk by reducing documentation requirements and avoiding prescriptive stipulations regarding products, purpose and hedging flexibility. RBI also stated that this scheme is expected to encourage a more dynamic and efficient hedging culture.

In furtherance to the same, RBI has notified guidelines through this notification which will govern this facility. Any
Over the Counter (OTC) derivative or
Exchange Traded Currency Derivative (ETCD) permitted under the Foreign Exchange Management Act, 1999, (hereinafter referred to as ‘FEMA, 1999’) will be covered under this scheme. The purpose of this facility as per the guidelines is to hedge exchange rate risk on transactions permissible under
FEMA, 1999.

The companies under this scheme can take exposure of up to USD 30 million on gross basis. Further, as per the guidelines, if hedging requirement of the user exceeds the limit in course of time, the
designated bank may re-assess and, at its discretion, extend the limit up to 150% of the stipulated cap.

Also, in accordance with the guidelines the banks shall have an internal policy regarding the time limit up to which a hedge contract for a given underlying can be rolled-over or rebooked by the user and when the user migrates to other available facilities, the designated bank shall report this information to the Trade Repository and the
Trade Repository shall update this information in its records and notify the recognized stock exchanges to stop reporting data for the user concerned.

This facility is expected to avoid unnecessary hurdles and to encourage a more dynamic and efficient hedging culture.