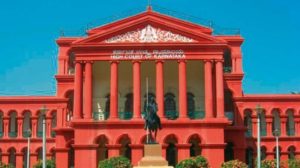 Cigarette packages in most countries carry a health warning, however, the position, size and general strength of these warnings vary considerably across jurisdictions.[1] For example, it is a statutory requirement in countries like Canada, Brazil, Singapore, Thailand, Australia, amongst others. India became a member of this list in 2009 with the notification of Cigarettes and other Tobacco Products (Packaging and Labelling Rules), 2008, in the Official Gazette on November 28, 2008, and came into force on May 31, 2009. In the 2008 Rules, it was a statutory requirement to display health warnings which would take at least 40% of the principal display area on the cigarette package.[2]

The Karnataka High Court quashed the said rule regarding 85% warning on principal display area as arbitrary, unreasonable and also said that the amended rules lacked empirical data. NGO named Health for Millions Trust filed a Special Leave Petition in the Supreme Court against the order of the Karnataka High Court. The Supreme Court while quashing the order of the Karnataka High Court said
“though a very structural submission has been advanced by the learned counsel for the respondent that it will affect their business, we have remained unimpressed by the said “health of a citizen has primacy and he or she should be aware of that which can affect or deteriorate the condition of health.” The Court went on to say that “deterioration may be a milder word and therefore, in all possibility the expression ‘destruction of health’ is apposite”.[4]

Health warning to labels on tobacco products constitute the most cost-effective tool for educating smokers and non-smokers alike about the health risks of tobacco use. The evidence for greater potential impact of pictorial warnings have come from focus groups and interview studies and population based surveys among Canadian smokers[5] . It has also been found that when taken as a whole, the research on pictorial warnings show that they are:

While there are many advantages of putting a pictorial warning on the principal display area of the packet, including but not limiting to the direct message it sends to the users looking at the cigarette packet and the deep impact it has on the mind of the people who have just begun smoking cigarettes; there are certain disadvantages also. These disadvantages include the negative publicity that the companies receive due to such warnings. The business of the company as a whole is also affected because, more the number of people who see those warnings on the packages, the more the number of people will at least try to refrain themselves from smoking, thus, affecting the revenues of the tobacco companies. This is one of the main reasons as to why tobacco companies oppose such laws regulating the size of the warning to be displayed on the packages of tobacco products. The other reason for opposition of such regulation is that the tobacco companies fear that their Right to Practice any profession, or to carry on any occupation, trade or business [8] is being infringed by such regulations of the Government. In this regard, the Government claims and contends that such regulations are not infringement of the rights of the tobacco companies but it is a reasonable restriction put on them under Article 19 (6)[9] of the Constitution of India. The State contends that smoking is not in the interest of the general public and therefore, putting reasonable restriction is just and valid. Keeping this in mind, smoking in public places is also banned.

[3] Rules 3(1)(b), Cigarettes and Other Tobacco Products (Packaging and Labelling) Amendment Rules, 2014.