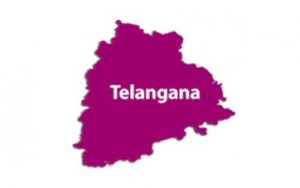 Engaging the individuals of varied age-groups in lucrative and fancy games have always been a source of entertainment requiring exercise of certain level of physical ability or mental faculties. With the advancement of technology and increasing proliferation of internet in the modern world, games have now expanded their play area to the virtual world crossing the limitations of the physical medium. While the element of stakes adds thrill and excitement to the otherwise routine game, it often gives rise to the ambiguity on the sensitivity to the nature of the act.

Playing for money does not always invoke an act of gambling which is entirely contingent on the occurrence of an uncertain event and devoid of any sort of skill or effort. Gaming, on the other hand, permits victory only to those who use intelligence, alertness, experience and skill.

The Game of Rummy

Rummy is a sequence building card game which requires formation of sets of same rank or consecutive cards of the same suit. Once the cards are dealt, the players may pick a card from the remaining folded deck and either choose the same or discard it retaining the number of cards originally allotted. The player successfully completing all the sets shall be the winner.

The Constitution of India has vested the respective States with the power of monitoring the regulation of gaming and gambling activities taking place within its territorial limits.

Gambling is per se prohibited in India except for the States of Sikkim (including online gambling) and Goa. Gaming is permissible per se in the country except for States such as Assam, Telangana, Odisha, etc. Online games and gambling activities are regulated likewise in the absence of any specific Central legislation in the said regard.

The Supreme Court of India has held that a game of skill is one in which success depends principally upon the certain knowledge, training, attention, adroitness of the player even though it comprises of some degree of chance. Rummy has been considered to be a game of skill.[1]

The Government of the State of Telangana has been very keen towards ensuring prohibition of gambling as a whole, both online and offline. The Telangana Gaming (Amendment) Act, 2017 (hereinafter referred to as the “Telangana Amendment Act”) implements the policy of zero tolerance against gambling which has serious impact on the financial status and well-being of the common public. It covers within its ambit any act of risking money on an uncertain event, including on a game of skill.
[2]

Under the provisions of the said Telangana Gaming Act, Rummy has been identified not be a game of skill. The President of India has given his assent to the Telangana Prevention of Dangerous Activities of Bootleggers, Dacoits, Drug-Offenders, Goondas, Immoral Traffic Offenders and Land-Grabbers (Amendment) Bill, 2017 (hereinafter referred to as the “Bill”) which makes punishable the acts wagering or betting on games of skill like rummy.

The newly enforced Act would penalize the playing rummy on physical as well as virtual media which contravenes the above mentioned judgment of the Apex Court and legislations of multiple states. This would impact the market of the entrepreneurs of the gaming sector.