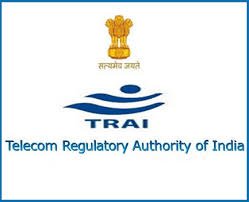 The advanced level of the ability of communication helps to distinguish humans from all other forms of life prevalent on the earth. However, the distance between them over the geographical terrain of the planet often result in the lack of connectivity between them. Revolutionizing achievements in the field of science and technology along with the spell of innovative skill has transformed the ability to communicate with one another over large distances. Primitive means such as letters, telegrams, etc. used for the purpose of communication have now been replaced with modern facilities allowing transmission of electronic signals via telephone, internet and television broadcasting thus elevating the standards of living.

Telecommunication service providers require their customers to undergo a process of verification as per the ‘Know Your Customer’ (hereinafter referred to as “KYC”) norms before enrolling them as new subscribers. As per the directions of the DoT, the service providers should carry out a process of verification of their customers before the activation of their connections. For the said process documents indicating the proof of identity and address of the subscriber in addition to other information and photograph should be obtained on the consumer acquisition form by the person at the point of sale. For the said purpose, the documents such as PAN Card, Voter ID, Driving License, Passport, etc would suffice. These identity proofs help in unique identification of a particular customer of the respective service provider.

Telecoms not to use Aadhaar

One of the documents being used for the purpose of subscriber verification has been Aadhaar which is a 12-digit social security number based on the biometric and demographic data of the individuals comprising of information such as a photograph, ten fingerprints and two iris scans, which are stored in a centralised database.

However, after the pronouncement of the leading judgement of the Supreme Court on September 26, 2018, the provisions of Section 57 of the Aadhaar (Targeted Delivery of Financial and Other Subsidies, Benefits and Services) Act, 2016 (hereinafter referred to as “Aadhaar Act”), which allowed private entities to use Aadhaar for verification purpose was struck off.[1] Therefore, the use of Aadhaar for authenticating the connection of a customer of the telecom service provider is no longer needed.

The DoT informed that the subscribers could submit other verification documents if they wished their service providers to replace their Aadhaar e-KYC with the fresh KYC. [2] It was also clarified that the Supreme Court only prohibited issuance of new SIM cards through Aadhaar verification process.

Time for abiding by the order

The Cellular Operators Association of India representing the private entities in the telecommunication domain, vide its representation dated October 31, 2018, contended that although the proof of concept of the new digital process could be submitted before the deadline, the implementation of the same required an extended time period of 15 days i.e. till November 20, 2018. This was because telecoms had to reach out to millions of retail stores, with many in far flung areas, and therefore needed more time for it.

The new digital process envisages a customer acquisition form be embedded with live photographs of subscribers and scanned images of a proof of address and identity, which will make the entire process paperless. As per the telecoms, the extension of time would enable better implementation of the new process without inconvenience to their customers.

For more information please write to us at : info@ssrana.com[1]Justice K.S. Puttaswamy (Retd.) and Another Vs. Union of India and Others [SC Writ Petition (Civil) No. 494 of 2012