The Odisha state government has recently expressed its plans to obtain geographical indication (GI) for the Rosogolla (also popularly known in India as “Rasgulla”), an age-old sweet which the Odisha government is claiming to be its own, spurring a bitter debate as to the true ownership over the world-renowned sweetmeat.

The step is being taken to boost the Rasgulla, one of the most delectable traditional sweets of the state, particularly in the National Highway No. 5 between Bhubaneswar and Cuttack, a small settlement of Pahala housing around 120 sweet shops. A special purpose vehicle is being formed for channelising funds to facilitate the proposed GI registration. 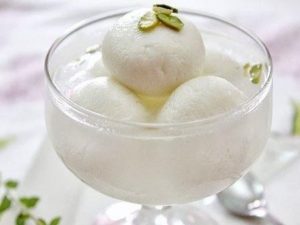 The MSME Department, to develop the cluster and make it ready for the GI application, plans to appoint a consultant to suggest necessary changes required in terms of quality, packaging and others, alongwith judging the preparedness among the sellers. The department will also take steps to tie up with the sellers and educate them on how the GI registration has helped promotion of goods in various parts of the country. A diagnostic study report will also be conducted to indicate the strengths and weaknesses for the cluster.

Meanwhile, most food historians in the neighbouring state of West Bengal have challenged the aforesaid proposition as they believe that the world-famous sweet was invented in Kolkata (formerly, Calcutta) in the year 1868 by the iconic confectioner Nobin Chandra Das, whose son consequently founded the renowned sweetmeat chain K.C. Das. In fact, a declaration has also been made on the official website of K.C. Das that Mr. Nobin Chandra Das is the inventor of the Rosogolla.

Implication of grant of GI

The issue appears to be a hotly debated, and an interesting one at that, as the GI tag will confer legal protection and ensure that no entity other than those registered as authorized users (those residing within the geographical territory) are permitted to adopt or use the popular product name, thereby promoting the rightful producers of the sweet on a global platform and boosting their economic prosperity.

Darjeeling tea was the first GI tagged product in India back in 2004–05, and since then around 208 goods have been added to the list.

The first item to receive the GI tag from Odisha was the Kotpad handloom fabric followed by Ikat and the Konark stone carvings. As of today, there are around 14 goods from Odisha in the list, the latest addition being the Pattachitra textile.