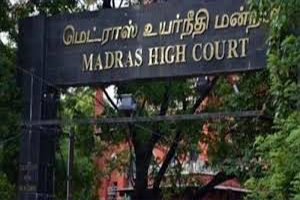 The Madras High Court in a recent judgment, while denying anticipatory bail to the accused held that forwarding of messages on social media amounts to endorsement of the thought therein. Recently[1] , the member of a national political party, the Petitioner for anticipatory bail, (hereinafter referred to as the “Accused”) was accused of making statements, inciting the modesty of women, especially journalists by posting statements to the likes of ‘sharing bed is the only way to come up in life’.

A compliant was registered against the Accused by the Respondent before the Inspector of Police, Cyber Crime, Central Crime Branch under Sections 504, 505 (1) (c), 509 of the Indian Penal Code read with Section 4 of Tamil Nadu Prohibition of Women Harassment Act, 2002 after which, the Accused applied for anticipatory bail, stating that he had inadvertently shared the said post. Several women activists, feminist enthusiasts, social welfare groups, journalists petitioned a complaint against the Accused stating that his message was highly insensitive and defamatory, full of derogatory terms against the modesty of women.

It is significant to note that being a political leader, the degree of care and diligence to be adhered to while making any statement should be very high considering that political parties and leaders play a huge role in shaping public opinion.

The argument advanced by the Learned Counsel for the Accused was that the complaint revealed no offence under Section 505 (1) (c) of the Indian Penal Code and it is further argued that a message received by the Petitioner from certain individual has been forwarded by him and he is not its author and the Petitioner has not committed any of the offences alleged against him.

The intervening Petitioners in the case, renowned journalists, women activists etc. argued that the Petitioner/Accused is not an illiterate man to simply pass the message without reading the same. Further, it is argued that when already there are incidents happening in the State derogating the modesty of women the post made by the accused in the Facebook, further worsened the situation and it affects the core of the women in entirety.

It was further argued by the Petitioners that the post in Facebook was made by a highly qualified person in all fields and he is also a member of censor board as per his own averment made in the affidavit. He cannot make such an act of passing the message without ascertaining the quality of the same.

It was rightly argued by the intervening Petitioners that “If sharing bed is the only way to come up in life then does it include all women who are holding high posts now?”

The argument advanced by the Learned Counsel for the Accused stating that he had inadvertently forwarded the impugned message and that he had not written the message himself was dismissed by the Hon’ble High Court.

The Court made vital observations regarding the restraints to be adhered by public leaders while making statements. The Court stated “When we are in public life, every act of us is being watched by public. Control of emotions, showing emotions in a controlled form is a leadership quality.”

The Court also condemned statements inciting of hatred and disharmony.

It further observed that since ‘talking is different from typing’, the author becomes estopped from going back upon his word and that people should feel that they are accountable for their words.

Considering the intense impact and rage that the statement of the accused had invited, the Court refused to grant him anticipatory bail and asked the respondent police to proceed with the case in the same way as they are investigating with any other common man.

An urgent need is felt to protect and instill sensitivity towards the glitches suffered by women in their career paths and the need to encourage them instead of defaming those who can rather be an inspiration to others.