India: Calcutta High Court holds that Police officer not empowered to call accused by notice in investigations under Section 202 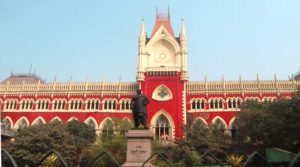 In a petition filed by Ramesh Sobti (@Ramesh Sobyi) (hereinafter referred to as the Petitioner), challenging the notice issued to him to appear before the officer-in-charge in the matter of pending investigation in a criminal complaint filed by Respondent No. 2 (hereinafter referred to as the Complainant), the Calcutta High Court vide order dated June 23rd, 2017, held that police officer is not empowered to issue notice under Section 41A for investigation under Section 202 of the CrPC.

The Learned Magistrate after taking cognizance of offences in a complaint filed by the Complainant, alleging commission of offences punishable under Ss. 386, 406, 409, 420 and 120B of the IPC, vide order dated June 16, 2016 directed an investigation under Section 202 by the Officer-in-charge of Police Station, Park Street. Subsequently, the investigation was transferred to Shakespeare Sarani Police Station on the point of jurisdiction. During such investigation, the Police Officer-in-charge at the Shakespeare Sarani P.S., issued a notice dated January 30, 2017 under Section 41A of Cr.P.C to the Petitioner calling him to appear before him for the purpose of investigation.

Contentions by the Petitioner:

Submissions by the Respondents:

Whether a notice to a proposed accused in the course of investigation/enquiry by a police officer under Section 202 CrPC is valid or not?

Observations by the Court:

The said judgment passed by the Hon’ble Calcutta High Court provides a clarity as to what exactly are the powers of Police Officer, with regards to Section 202, CrPC. This judgment shall ensure that no Police Officer is able to transgress the boundaries that have been created by the Criminal Procedure Code, and shall promote awareness amongst all citizens of the Country with regard to investigation under Section 202 of CrPC…