The Fight over “Indigo” trademarks

Two giant companies namely, Tata Motors and Interglobe Aviations (IndiGo Airlines) have locked horns over trademark altercation involving the word Indigo. Indian Business Daily, Economic Times on August 22 reported that Interglobe Aviation faces ownership risk as Tata Motors has claimed that Interglobe’s use of IndiGo name is an infringement of its registered trademark Indigo which it uses for its Sedans since 2002.

Reportedly, the alleged trademark row had sparked off in 2005 itself, however Interglobe was subsequently successful in registering its trademarks. At present Tata Motors is opposing various trademarks of Interglobe- IndiGo, IndiGo Airways, IndiGo Airlines and IndiGo Air.

Trademark Tryst in the case 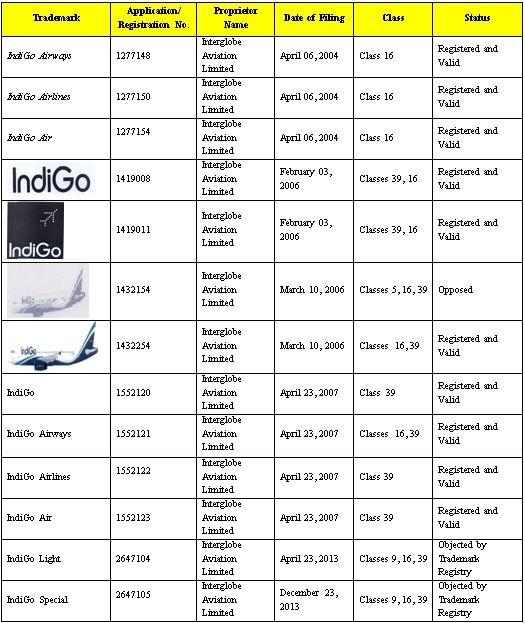 From the aforesaid, Tata Motors is prior filer of the term Indigo i.e. Tata applied for the mark in 2001 whereas Interglobe Aviation applied for the mark in the year 2004. Other noticeable factor is that Tata’s mark Indigo is for land vehicles falling under class 12 whereas Interglobe’s mark Indigo is for transport, packaging and storage of goods falling under class 39.

In the instant case, Tata’s mark Indigo as well as since 2005 Interglobe’s mark IndiGo have become well known in their respective industries, leading to an interesting tussle between the two giants.