Understanding Novelty for Invention to be Patentable 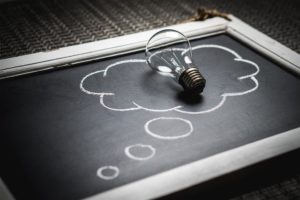 Novelty means the newness of the information that is generally unused or unknown and that gives its owner a competitive advantage in a business field.[1] It is considered as the “sweet spot” to assess the patentability of an invention. Novelty criteria in case of publication of an invention actually means new when compared to prior art.

As a general principal an invention is new (novel) if it has not been anticipated by publication in any document anywhere in the world or used in the country or prior claimed in an application for patent in India or form part of the knowledge, oral or otherwise, available within any local or indigenous community in India or elsewhere before the date of filing of patent application or date of priority, that is, the subject matter has not fallen in the public domain or that it does not form part of the state of the art.[2]

In simple layman terms the invention should not be copied from anything earlier known to the public, it should be genuine which would give a clear idea about the invention. There should be no prior use of the invention[4] or mere discovery of the known invention.

Conclusion As stated in order for an invention to be patentable it should be necessary that the invention should not fall under prior art which should be known to the public and should not be anticipated however, the Public user does not mean a user by the public but a user in a public manner. Therefore, it is imperative that the patent application should be filed ideally before disclosing it in the public domain. As Dr R.A. Mashelkar, India’s foremost scientist, rightly pointed out that ‘publish or perish’ or ‘patent, publish, and prosper’.