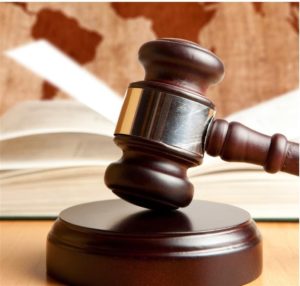 In a contrary decision to an order passed by the Court of Appeal of Turin (Italy) in the Vespa case where it upheld the Vespa Scooter’s (Piaggio’s), design rights, copyright and three-dimensional trademark rights (earlier article on this can be found here[1]); the General Court of European Union (GCEU) has brought forth the difference between the Zhejiang Zhongneng Industry Group’s  Scooter from that of the vintage scooter design and looks of Vespa LX. GCEU has held that although protection a design, of a three-dimensional trademark or of a copyright are essential to the automobile industry but at the same time, there has to be a balance between the value of the rights and the limits on their scope and need to be looked at objectively so that it doesn’t restrict the entry of competitors to enter the market with different products.

In the Turin Court judgment, much weightage was given to the heritage of the Vespa mark and design and the case was rounded up in consideration of arguments from the defendant’s (Vespa) side. This can be attributed to the dominance of Vespa Scooters in the markets of Italy.

However, the GCEU objectively considered the difference between the two scooters and concluded their findings as follows:

Hence, the GCEU is of the view that the Zhejiang design does not violate Piaggio’s de facto trademark on the Vespa shape. Based on the above findings the GCEU also concluded that there exists no risk of confusion between the two designs.

The GCEU also observed that the copyright protection of Piaggio over the Vespa shape was over the 4 details as mentioned before and were part of the core design of the 1946 Vespa along with its overall rounded and feminine character. Owing to the same, the finding of the straight line and angular design of the Zhejiang scooter puts it out of the ambit of the copyright infringement over the Vespa shape.

Even though the GCEU has made specific analysis to conclude against Piaggio (Vespa), however, this case cannot be deemed to be settled at this point as Piaggio can still appeal the decision before the Court of Justice of the European Union.