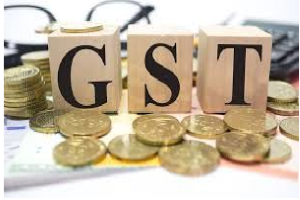 The automobile sector is hoping for a reduction in Goods and Service Tax (“GST’) rates from 28% to 18% which is the only mode to revive the automobile industry which is presently facing immense hardships.

As per a recent announcement of the Finance Minister who understands the gravity of the situation and is hopeful to make suitable proposals for the automobile manufacturers to take a sigh of relief. The reduction in tax rates is expected to bring respite and relief to the automobile sector which has been facing a persistent slowdown. The manufacturers were relieved that the Government is lending a patient hearing to the automobile industry.

Banks have also become vigilant in lending loans to public resulting in interest rates having increased. The Finance Minister also stated that a reduction in rates of auto loans will also be beneficial to revive and increase the sales of automobiles.

The Society of Indian Automobile Manufacturers (“SIAM”) had earlier expressed their opinion for a reduction in GST rates in no uncertain terms. This opinion had been agreed collectively by members of the automobile manufacturers. At present, automobiles attract GST of 28% with an additional cess ranging from 1% to 22%.

In addition to the exorbitant GST rates on automobiles, sales of passenger vehicles and two-wheeler vehicles have been effected on account of increase in insurance premiums and the hike by manufacturers on account of safety features which are required to be complied with as per the required norms.

As per Federation of Automobile Dealers Associations (‘FADA’), there have been around two lakh jobs which have been have been cut across the various automobile dealers in India in the last three months as they take the last resort of cutting-down manpower to overcome the impact of the miserable and sharp fall in their sales. FADA also fears that the downsizing may continue and showrooms may also be required to be shut down in the times ahead, if no immediate steps are taken.

Automobile manufacturers also mentioned that two wheelers do not qualify as luxury vehicles and should be subject to GST at the rate of 18% instead of the present 28%.