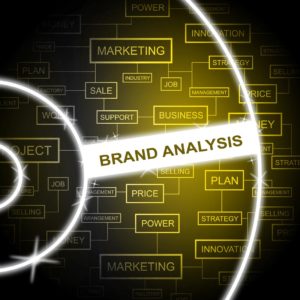 The amended definition was scheduled to come into effect from April 1, 2016 but The Finance Act, 2016, changed the effectiveness of the amendment to April 1, 2017 and hence, will apply to Assessment Year 2017-18 and subsequent assessment years.

Situation Prior to Amendment

Prior to the amendment, the situation was a bit different, as under Section 6(3) of the IT Act, a Company was said to be resident in India if –

The Bombay High Court in Narottam and Pereira Ltd. Vs Commissioner of Income Tax (1953 23 CompCas 185 Bom) had observed that while construing the expression “control and management” it was necessary to bear in mind the distinction between doing of business and control and management of business. The Court observed that the entirety of business activities by a Company may be conducted outside India, while the control and management of that business may be wholly within India. Therefore, it did not matter where business activities were conducted and income has been earned. The relevant factor was where the controlling and directing power or the seat of head and the brain of the company lay.

However, under the old definition, the expression ‘control and management’ resulted in ambiguities and loopholes which led to tax avoidance and double taxation.

To address these concerns the Ministry of Finance, amended Section 6(3) of the IT Act to provide greater clarity in the Taxation Process.

The “place of effective management approach” is known to be an effective approach for avoiding tax evasion by foreign companies in India. Many other jurisdictions have adopted this approach in their tax laws such as China, Russia, South Africa, and Australia[2] and most of the tax treaties entered into by India recognizes the concept of “place of effective management” for determination of residence of a company as a tie-breaker rule for avoidance of double taxation.

Important Provisions of the POEM Guidelines

For the purpose of determining the Place of Effective Management, the average of the data of the previous year and two years prior to that shall be taken into account. In cases where a Company has been in existence for a shorter period, the data of such period shall be taken into account. It is pertinent to note that no single principle will be decisive in itself and such determination will done based on the facts and circumstances of each case.

‘Passive income’ in this context means any income from the transaction purchase and sale to or from subsidiary or associated companies which shall also include income by way of royalty, dividend, capital gains, interest or rental income. (Income by interest as passive income is excluded in case of companies engaged in business of banking or is a public financial institution.)

If any of the above conditions that are mentioned above are not met, then the income of such a Company will be presumed to be domestic income and shall be taxable in India. The CBDT has further clarified that this test has been provided to target shell companies and the companies which are created for retaining income outside India although real control and management is located in India

The POEM Guidelines have been formulated keeping in view the increasing role of technology in carrying out business activities. The Guidelines take into account use of modern technology such as video conferencing and telecommunications which allow Companies to hold meetings with members without requiring them to be physically present in a conference room for a particular meeting.