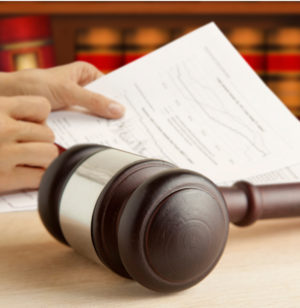 Indemnity and damages are two closely related words when it comes to contracts and agreements, yet bearing completely different principle and usage. They are remedies that may be claimed by the aggrieved party for breach of contract.

Indemnity is an undertaking to make good monetary or other loss which may be caused due to damage. Section 124 of the Indian Contract Act, 1872 (hereinafter referred to as ‘the Act’) which states that, “A contract by which one party promises to save the other from loss caused to him by the conduct of the promisor himself, or by the conduct of any other person.”[1] Further, Section 125 provides remedy to the promisee in a contract of indemnity acting within the scope of its authority.

Damage is provided under Section 74 of the Act, which states that, “When a contract has been broken, if a sum is named in the contract as the amount to be paid in case of such breach, or if the contract contains any other stipulation by way of penalty, the party complaining of the breach is entitled, whether or not actual damage or loss is proved to have been caused thereby, to receive from the party who has broken the contract reasonable compensation not exceeding the amount so named or, as the case may be, the penalty stipulated for.”

Further, Section 73 of the Act provides that where a contract has been broken, the party who suffers by such breach is entitled to receive, from the party who has broken the contract, compensation for any loss or damage caused to him thereby, which naturally arose in the usual course of things from such breach, or which the parties knew, when they made the contract, to be likely to result from the breach of it. Also, compensation is not to be given for any remote and indirect loss or damage sustained by reason of the breach.

Difference between Indemnity and Damage–

With regards to the principle of Indemnity, let us look into the decision of the High Court of Bombay in the case of Gajanan Moreshwar Parelkar v Moreshwar Madan Mantri[4] :

The Court observed that under the English common law, no action could be maintained until actual loss had incurred. It was very soon realized that an indemnity might be worth very little indeed if the indemnified could not enforce his indemnity till he had actually paid the loss. If a suit was filed against him, he had actually to wait till a judgment was pronounced, and it was only after he had satisfied the judgment that he could sue on his indemnity. It is clear that this might under certain circumstances throw an intolerable burden upon the indemnity-holder. He might not be in a position to satisfy the judgment and yet he could not avail himself of his indemnity till he had done so. Therefore the Court of equity stepped in and mitigated the rigor of the common law. The Court of equity held that if his liability had become absolute then he was entitled either to get the indemnifier to pay off the claim or to pay into Court sufficient money which would constitute a fund for paying off the claim whenever it was made. The Court also held that Sections 124 and 125 of the Indian Contract Act are not exhaustive of the law of indemnity and that the Courts here would apply the same equitable principles that the Courts in England do. Therefore, if the indemnified has incurred a liability and that liability is absolute, he is entitled to call upon the indemnifier to save him from that liability and to pay it off.”

The Court held that the mere factum of carrying more passengers than the permitted seating capacity in the goods carrying vehicle by the insured does not amount to a fundamental breach of the terms and conditions of the policy so as to allow the insurer to eschew its liability towards the damage caused to the vehicle. This Court in the said case has held that “it is plain from the terms of the Insurance Policy that the insured vehicle was entitled to carry six workmen, excluding the driver”.

If those six workmen when travelling in the vehicle, are assumed not to have increased risk from the point of view of the Insurance Company on occurring of an accident, how could those added persons be said to have contributed to the causing of it is the pose, keeping apart the load it was carrying. In the present case the driver of the vehicle was not responsible for the accident. Merely by lifting a person or two, or even three, by the driver or the cleaner of the vehicle, without the knowledge of the owner, cannot be said to be such a fundamental breach that the owner should, in all events, be denied indemnification. The misuse of the vehicle was somewhat irregular though, but not so fundamental in nature so as to put an end to the contract, unless some factors existed which by themselves, had gone to contribute to the causing of the accident.

It was held by referring to the judgment in the case of B.V. Nagaraju v. Oriental Insurance Co. Ltd Divisional Officer, Hassan[6] , so as to ensure that the insurer avoid his liability. The breach of policy/contract must be so fundamental in nature, that it brings the contract to an end.