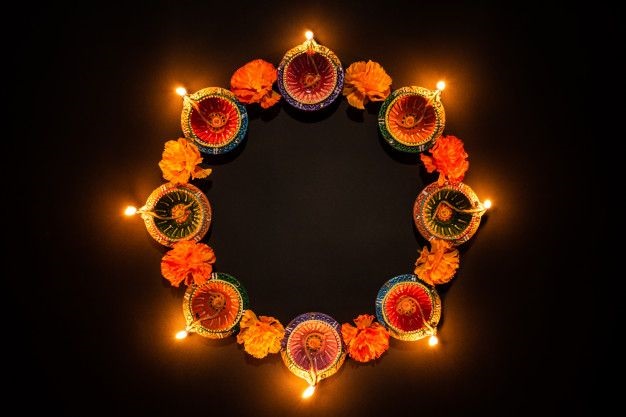 As Diwali and other festivities are just around the corner, several states and UTs have recently scrambled to impose curbs on sale, purchase and bursting of firecrackers, for environmental and safety concerns. While the festival of lights is one which will perennially be associated with firecrackers and bright lights, the last few years have seen many areas of the country, especially North India (centered around Delhi/NCR) shrouded by toxic smoke and smog as aftermath of such Diwali celebrations, which is further exacerbated by crop-burnings. This piece will analyze and examine the various important judicial and legislative measures regarding the subject matter.

A Supreme Court vacation Bench comprising Hon’ble Justices AM Khanwilkar and Ajay Rastogi on November 1, 2021 in the case of Goutom Roy and Anr v. State of West Bengal[1] has recently set aside the order  of the Calcutta High Court in Roshni Ali v. State of West Bengal[2] which imposed a complete ban of use of firecrackers including “green crackers” in the State of West Bengal. The Supreme Court observed that there cannot be a complete ban on firecrackers. The Court observed that the High Court ought to have given opportunities to the authorities to place on record if any mechanism was in place to ensure that only “green crackers”, as permitted by the Supreme Court, are being used.

In the aforesaid case of Roshni Ali v. State of West Bengal, a Division Bench of the Calcutta High Court on October 29, 2021 adjudicated upon a Public Interest Litigation (PIL) petition moved by the environmental activist Roshni Ali, inter alia seeking a ban on the sale and use of fire crackers during the upcoming festivities in order to safeguard people’s right to clean, healthy and breathable air, particularly in times of the vicious COVID-19 pandemic. Last year, a Division Bench of the said High Court in the case of Anasua Bhattacharya v. State of West Bengal & Ors[3] had passed a similar order prohibiting the use or display or bursting of firecrackers during all festivities.

On the basis of the Apex Court’s order in the case of Arjun Gopal v Union of India[5], which prohibited firecrackers containing Barium salts, The Tamil Nadu government just a few days ago, announced a ban on manufacturing, storing, transporting and selling of ‘laris’ (series crackers) and fireworks containing barium salts. The government announced that it would initiate stringent action against those who fail to abide by the Supreme Court direction in this connection.[6]

The Karnataka government has issued an Order stating that other than the green crackers that have been permitted by the Supreme Court, no other crackers can be sold or burst in the state. Green cracker stalls can be opened only after the sellers have taken necessary permits from concerned departments and authorities.[7]
Assam

Assam’s Pollution Control Board (PCB) on October 22 issued a notification[8] imposing a complete ban on bursting and sale of all kinds of firecrackers, except green crackers and that too within a specific time window.
Chhattisgarh

The Chhattisgarh government issued guidelines allowing bursting of firecrackers during festivities within a limited time frame. Firecrackers which produce high-decibel sounds in violation of prescribed limits are not allowed to be sold. Crackers cannot be sold online. The license of the manufacturer will be revoked if firecrackers are found to contain toxic elements like lithium, arsenic, antimony, lead and mercury.[9]

The state government has issued directives for bursting of crackers, keeping air pollution and Covid-19 in mind. The government has urged people not to burst crackers and not to overcrowd the market this Diwali.[10]

The Punjab government has banned manufacturing, stocking, distribution, sale and use of firecrackers and has allowed only green crackers during the festival season.  It has imposed a complete ban in Jalandhar and Mandi Gobindgarh, from midnight of 28-29 October onwards on account of poor air quality index (AQI) levels.[11]
Chandigarh

In an order issued earlier this month, the Chandigarh Administrarion has imposed a complete ban[12]on the sale or use of firecrackers to prevent the risk of spread of COVID-19. The decision has been taken after taking into consideration the order of National Green Tribunal.[13]

Uttar Pradesh
The Uttar Pradesh government has imposed a total ban on sale of all kinds of firecrackers in the districts/ territories falling under its jurisdiction which surrounds the NCR region. The ban has also been imposed on other cities  in the state where air quality falls under the ‘poor’ or higher category.[14]
Haryana

The Haryana government has imposed a total ban on the sale and use of firecrackers in 14 districts that come under the National Capital Region (NCR)- Bhiwani, Charkhi Dadri, Faridabad, Gurugram, Jhajjar, Jind, Karnal, Mahendergarh, Nuh, Palwal, Panipat, Rewari, Rohtak and Sonipat. The directive will also apply to all cities and towns in the state where the average ambient air quality for November is “poor” and or more polluted categories. Green crackers are allowed in places where the air quality is in the “moderate” or below category.[15]
Rajasthan

The Rajasthan government had issued a notification banning the sale and use of firecrackers till January 31, 2022. Green crackers are allowed for use and sale in areas that are not in NCR region that too for specific time period. The ban will remain in force in cities with poor air quality.[16]

The above rules and regulations of various states of India suggest that there is a collective move to transition away from the traditional notions of Diwali (inter alia involving firecrackers), and adopt an eco-friendly approach to mark this holy festival.

That said, one must look at both sides of the coin and not get swept away by a one sided tidal way. While the notion of anti-firecrackers and smoke-free Diwali(s) is indeed an appealing one from an environmental perspective, one cannot help but commiserate with the adverse economic effect it may have on the firecrackers industry in the country, which has existed for a very long time now. Thus, rather than think of these moves as a death kneel, the firecrackers industry might take this opportunity to look towards innovation and creativity, to augment their portfolio by launching smoke-free and ‘green’ crackers, and hope for a mutually beneficial future, by balancing the interests of all stakeholders.