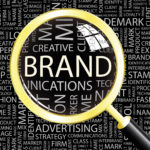 E-commerce major Flipkart’s attempt to build a brand for large appliances with its newly created private label “MarQ” has faced a setback after an Additional District Judge of the Patiala House Courts vide order dated January 18, 2018 in
M/s Marc Enterprises Pvt. Ltd. v. Flipkart India Pvt. Ltd. [1] passed an order restraining the use of the mark “MARQ” as prima facie, the court was of the view that it was phonetically similar to the mark of the Plaintiff “MARC”.

The counsel for the Defendant submitted that though no notice has been issued to the defendant so far but he has come to know from the cause list that a case is filed by the Plaintiff against the Defendant. The court observed that since the Defendant is present in the court it would be in the interest of justice to give him also an opportunity to address arguments on the aforesaid interim application of the Plaintiff.

The Defendant, i.e., Flipkart Pvt. Ltd. refuted the contentions of the Plaintiff and put forward the following assertions:

A comparison chart of the rival marks have been reproduced herein below:

Decision of the Court:

The court observed that the impugned mark “MARQ” of the Plaintiff was prima facie phonetically similar to the Plaintiff’s trademark “MARC”. The court further observed that the Plaintiff had claimed user since 1981 and the Defendant claimed its user since August, 2017, therefore, it seemed that the prima facie case, balance of convenience and irreparable loss were in favor of the Plaintiff. Therefore, the Hon’ble Court restrained the Defendant to use the trademark ‘MARQ’ in respect of its products in any form and from any platform till the next date of hearing. The matter will be taken up next on February 05, 2018.

Flipkart, in an attempt to take its private label strategy beyond electronics, fashion and furniture, launched its first in-house brand for large appliances, “MarQ”, in August last year. In January this year, the company launched an exclusive line of air conditioners and smart televisions under “MarQ” at the Consumer Electronic Show (CES) 2018 in Las Vegas. The ACs were scheduled to go on sale on Flipkart from the beginning of April, 2018 while the Smart TV was scheduled for May this year. Flipkart Pvt. Ltd. is most likely to take any of recourse to vacation of the order before the same court, or alternatively to go in appeal to the High Court to obtain a stay on the temporary injunction order.