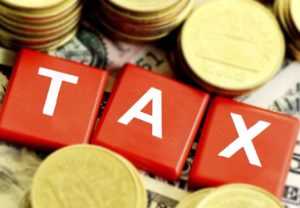 On 5 June, 2021, G7 countries (US, UK, Germany, Canada, France, Italy and Japan) reached an agreement in principle to back a minimum global tax rate of 15% for multi-national companies (MNCs). As per USA Treasury Department[1], global corporate minimum tax rate ensures the global economy thrives based on a more level playing field in the taxation of multinational corporations. Setting a minimum global tax rate would imply countries around the world to maintain their effective tax rate at a minimum of 15%. Agreement has been considered following many multi-national companies shifting their profits out of high taxing markets into low taxing countries such as Virgin Islands, Bahamas.

According to their agreement, steps shall be taken up by G7 countries to undercut incentives of countries that provide tax haven to multi-national companies especially companies based on digital platforms like Facebook, Amazon, Google.

The proposal for global minimum corporate tax shall target low taxing jurisdictions along with digital platform multi-national companies which have previously been shelling out low effective tax rates. Such multi-national companies have been resorting to tax havens across the world to avoid high legally imposed tax without having little or no working presence in those low taxing jurisdictions. Therefore, an effort to curb tax evasion.

Earlier, India was one of highest taxing regimes for corporate bodies in the world. It was majorly due to its dividend distribution tax and additional tax on increased income threshold which was unattractive to foreign investments. Since 2014, India has made efforts towards improving its tax regime which lead to new direct tax for corporate in 2019[2] and dividend distribution tax has since been abolished for companies.[3]

In order to boost inbound investments, India reduced its corporate tax rate to 22%[4] as compared to 30% in FY 2018-19. This shall benefit domestic companies by giving an option to pay tax at rate of 22% (plus 10% SC and 4% Cess). Furthermore, newly incorporated domestic manufacturing companies can switch to a tax rate of 15% subject to fulfilment of conditions mentioned under Section 115BAB of Income Tax Act, 1961 which was earlier at a drastically high tax rate of 25%.[5] Minimum alternative tax rate under Section 115JB of the Income Tax Act, 1961 has also been reduced from 18.5% on book profits to 15% book profits.[6] Reduction of corporate tax rate is in consonance with other Asian countries. Although, tax liability reduction by claiming minimum alternative tax or other exemptions shall not be credited. The cut in corporate tax rate resulted a reduction of Rs 1.45 lakh crore in direct tax collections.[7]

With the global revolution of digitalization, India has introduced various provisions to tackle and assess tax inclusion of digitally based multi-national companies and digital transactions such as:

India will continue to attract foreign investments as effective tax rate is above the proposed global minimum tax rate of 15%. Hence, the G7 proposal shall not negatively impact India’s tax regime or prospective investment opportunities.

The global minimum tax seeks to accrue taxes from large global digital multi-national companies by reaching a consensus of proposed rate of 15%. The agreement shall majorly benefit countries like USA, Germany and France which suffer heavily due to companies evading legally imposed tax resulting in loss of billions of dollars.[10] Though various reforms and enactments are being globally introduced to curb low effective taxes by digital multi-national companies, India has laid appropriate provisions to tackle the challenges posed by the enterprises who conduct their business through digital means and carry out activities in the country remotely.