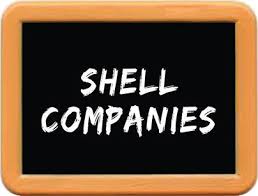 In the pursuit of the preventing the use of the Shell companies as an instrument of conducting illegal transactions, the Government imposed several restrictions in this regard. Besides limiting the number of layers of subsidiaries to be laid down by a company by the passing of the Companies Amendment Bill, 2017, the Government has also
struck off the name of a number of the shell companies (over 200,000 companies) from the register of companies along with announcement of
disqualification of the directors (more than 100,000 Directors) of such companies. With the recent approach of the Government, trouble continues for the Shell companies.

18 companies have been put under the scanner of the Serious Fraud Investigation Office (hereinafter referred to as “SFIO”) on the reference made by the Government. The SFIO is a multi-disciplinary organization under Ministry of Corporate Affairs, consisting of experts in the field of accountancy, forensic auditing, law, information technology, investigation, company law, capital market and taxation for detecting and prosecuting or recommending for prosecution white-collar crimes/frauds.

Depending upon the report of the SFIO, the government will proceed with suitable actions against the defaulting companies including an initiation of criminal proceedings against them (under Section 447 of the Companies Act, 2013). The penal consequences may include liability to serve imprisonment for a term of 10 years in case of fraud or penalty of equal to the value of the offence. The Government has asked companies to share details of deposits of old currency notes during thedemonetization period. The bank accounts of the companies detected to have been at fault are in the process of being frozen.

The proactive measures of the Government help to ensure that shell companies are not being used as a media to take undue advantage by the diversion of funds and propagation of black money in the economy. Stricter implantations brought forth are indicative of the vigilant attitude of the Government which is working towards the eliminating the dummy companies involved in dishonest practices.