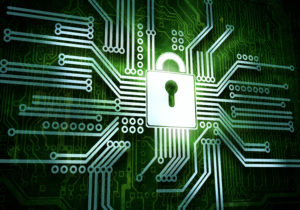 Industrialization and Digitization has changed the way humans look at life. The world is moving at a technological pace wherein with every passing minute an invention is done, and a lot of these inventions are beyond human imagination. One such technology is Artificial Intelligence or AI as it is popularly known. AI has brought extensive changes around the world. AI is a term for simulated intelligence in machines. [1]

According to the father of Artificial Intelligence, John McCarthy, it is ‘The science and engineering of making intelligent machines, especially intelligent computer programs[2]’. In simple words, it is anything that can learn and perform functions on its own without any intervention by humans. AI is the ability of simulated machines to mimic human thoughts like problem solving and learning. These machines also understand human languages, speech and are skilled in strategic thinking.

Artificial Intelligence is a part of our daily lives. Siri, Alexa, Google Maps, Uber, Turnitin and other machine learning applications are all products of AI. AI is touted as the future of mankind. AI has already started making its mark in plethora of fields and industries like healthcare, education, transportation, agriculture and many more.

To embrace this new wave called AI, India has made a modest beginning this year by devoting a huge amount of money. In his Budget Presentation on February 1, finance minister Arun Jaitley announced a national programme on AI to be spearheaded by Niti Aayog[3]. Approximately USD 480 million dollars have been dedicated to artificial intelligence, machine learning and IoT this year.[4]

Many industries and institutions are taking a leap in the field of AI. One of the most robust inventions are coming in the field of health care, which is utilizing AI in collecting, storing, normalizing, and tracing data. From smartphone and health tracker revolutions, it has become possible for a user to analyze all relevant data or simply to be up-to-date about his/her health.

Currently, a low cost portable home-based rehabilitation solution device is produced which helps patient exercise for flexion and extension of wrist and fingers. The device has been tested on 20 stroke patients in All India Institute of Medical Sciences (AIIMS), Delhi and can also be combined with the brain stimulation device.

Moreover, institutions like Indian Institute of Technology (IIT), Delhi have developed many innovations based on AI ranging from an “intelligent” prosthetic limb and a non-hazardous, long-lasting “flow battery” to a new type of loom and technology to convert agriculture waste into pulp that saves 40% water and energy than usual. Further, Centre for Biomedical Engineering has developed a new Intelligent Artificial Leg for people who have lost their legs above the knee. These artificial devices are cheap and durable and uses smart sensing technology in the shoes to adapt to the movement of the individual.

As they say every coin has two sides. With AI benefits comes certain challenges that can be a major threat to the mankind. For example, the security of the large amounts of data that AI would store. Another major issue that stands is the privacy of the personal data that AI would gather.

No doubt that artificial intelligence has unimaginable potential. The next few decades would definitely mark a shift from machine intelligence to artificial superintelligence and set forth a new era in which a computer’s cognitive ability will be superior to human’s. Nevertheless, along with the new AI inventions, we as a country also need to invest in strong step to fight the challenges that this necessary devil would bring along it.