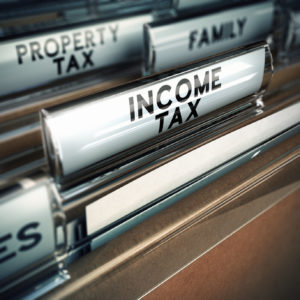 The system of taxation imposes levies on the individuals within the territorial jurisdiction of the taxing authority allocated with the said task. Taxes are the largest source of income for the government facilitating it to uplift the country by the Central and State Governments along with local authorities like municipal corporations. These contributions of the citizens in the form of tax revenue enable the overall socio-economic development of the nation in terms of infrastructure, education, healthcare and medical facilities, industrial advancement, agricultural growth, employment generation, etc.

The Indian tax regime is divided into direct and indirect taxes. While direct taxes are levied on individuals and corporate entities and cannot be transferred to others, indirect taxes on the other hand are not directly paid to the government authorities but are levied on goods and services and collected by intermediaries.

With a view to reframe the laws pertaining to direct tax for better compliance and effective management of the process of imposing and collection of tax, the Government appointed a task force on November 22, 2017[1].

The task force was given the responsibility to draft a new direct tax legislation to replace the existing Income Tax Act, 1961, with improved and beneficial provisions taking into account best international practices and the economic needs of the country. It was required to submit its report 6 months therefrom which period was subsequently given a 3-month extension till August, 2018.

However, the existing panel failed to submit the requisite report in due time owing to the disagreement on the basic tenets of the direct tax structure between the members of the task force. The panel could not agree on crucial aspects of the tax structure such as exemptions for individual taxpayers.

The proposed code was also expected to take forward the ongoing withdrawal of corporate tax exemptions and reduction in corporate tax rate to 25% for all businesses, besides giving further relief to individual income taxpayers in the lower tax brackets.

The inability to provide recommendations for imposing changes in the tax regime has delayed the formulation of revised legal framework which would be at par with the international standards based on the local needs. In view of taking steps in furtherance of devising in the form of a revised direct tax code, the Government is in the process of reconstituting the panel deployed in the said regard.[2]