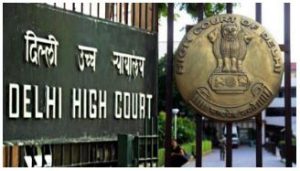 The Arbitration and Conciliation Act, 2015, (hereinafter referred to as the “Act”) has been enacted with a view to monitor the arbitral proceeding being conducting at domestic as well as international levels. The Act regulates the enforceability of foreign awards.

The award enforceable under Part II of the Act is binding upon the parties thereto. Such award would not be enforceable as per the provisions of Section 48 of the Act, if at the time it was passed

In a recent judgement dated January 31, 2018, in the case of
Daiichi Sankyo Company Limited vs. Malvinder Mohan Singh and Ors.[1] , the Delhi Court discussed the enforceability of foreign award.

Singh Brothers challenged the enforcement of the said award because of the following reasons:

The High Court of Delhi vide judgement dated January 31, 2018, upheld the enforceability of the award with the exception of non-applicability of the provisions of the said award on minors.

The Court discussed the applicability of foreign awards in accordance with the provisions of Part II of the Act and arrived at the below stated conclusions:

Enacted with the aim of facilitating the mechanism of dispensing justice, the Act encourages settlement of disputes through alternate dispute resolution mechanism. While covering the aspect of domestic arbitrations, the Act also covers the validity and binding effect of the foreign seated arbitrations. The Court vide the said judgement seeks to repose the faith in the enforceability of foreign arbitral awards.