India: Highlights of the New Delhi High Court (Original Side) Rules, 2018- Part I of II: A Handbook for Lawyers

India: Highlights of the New Delhi High Court (Original Side) Rules, 2018- Part I of II:
A Handbook for Lawyers

This article highlights the major changes brought about in the newly implemented Delhi High Court (Original Side) Rules, 2018.

India: Conviction of an Indian citizen by a Foreign Court won’t be binding on Indian Courts 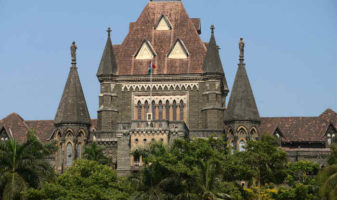 Significantly, the Hon’ble Full Bench of the Bombay High Court while delivering a decision in the case of Prabodh K. Mehta v. Charuben K. Mehta,

The right of access under GDPR provides EU residents the right to obtain information about whether their personal data are being processed, and if yes, they can request controller of data to provide them information including purpose of collecting data, recipients of data, etc.

Personal data of Children under the GDPR

In the modern world, GDPR comes to the recuse of children that are EU residents to protect not only their personal data but also the manner of obtaining consent from them for their data to be processed by the data controller.

India: Highlights of the New Delhi High Court (Original Side) Rules, 2018- Part I of II:A Handbook for Lawyers

Pursuant to Supreme Court’s Order dated January 09, 2018, in Suo Moto Writ Petition in Re: Case Management of Original Suits [1] , wherein the bench, constituted by Justices Ranjan Gogoi and R Banumathi, asked the Delhi High Court to lead by framing new procedural rules for cases heard under its Original Jurisdiction. It was stated in the order that “the Hon’ble Judges of the Delhi High Court have to work out ways and means for effective disposal of the IPR matters before it so that a model for disposal of civil suits can be culled out from the ways and means adopted by the Delhi High Court which can form the basis of an uniform action plan for the rest of the country.”

Following the said order, the Delhi High Court notified the Delhi High Court (Original Side) Rules, 2018, which provides for cutting down time of litigation, streamline the procedure for completion of Pleading, interrogatories, discovery, appointment of Local Commissioner, checking unnecessary adjournments and imposing cost for causing delay etc. The said rules came into force with effect from March 01, 2018.

The Rules are running in to XXXI Chapters, and for the sake of convenience, we dealt with Chapter I to XV in our first post and Chapter XVI to XXXI are dealt with in our second post.

Some of the highlighted changes brought about by the new rules are as follows:

The new rules have done away with Rule 7 of Chapter II of the Delhi High Court (Original Side) Rule, 1967, which dealt with disposal of matter by Judge in Chambers, for eg., appeal from the order of the Registrar or a reference made by him or directed to be made by the Judge in Chambers; application for arrest before judgement, for attachment before judgement and for appointment of receiver etc.

India: Conviction of an Indian citizen by a Foreign Court won’t be binding on Indian Courts

The Oxford English Dictionary defines conviction as ‘a formal declaration by the verdict of a jury or the decision of a judge in a Court of law that someone is guilty of a criminal offence.’ [1] A Court of law convicts a person or holds him/her guilty only after evaluating the facts, evidences placed on record and the merits of the case. One question that recently arose in a case was whether a conviction of an Indian by a Foreign Court for the offence committed in that country can be taken note of by the courts or authorities in India?

Significantly, the Hon’ble Full Bench of the Bombay High Court while delivering a decision in the case of Prabodh K. Mehta v. Charuben K. Mehta on March 1, 2018, held that ‘Conviction of an Indian citizen by Foreign Court for the offence committed in that country can be taken note of by the Courts or Authorities in India. However, it cannot be said that the same will be ipso facto binding on such courts and authorities in India and they must exercise their discretion considering facts of the case and variety of factors involved therein.’

The Hon’ble Court clearly explained in its judgement that the consideration in a case would always be independent and will always be on a case-to-case basis, only after analyzing the effects of the foreign judgement and order of conviction.

The European Union (hereinafter referred to as “EU”) will be implementing the General Personal Data Protection (hereinafter referred to as “GDPR”) with effect from May 25, 2018. GDPR seeks to protect personal data of EU residents and is applicable on companies collecting, storing and processing the personal data of EU residents. A brief understanding of GDPR can be found at our website over
here.

The present article talks about the provision of right of access by the data subject.

Information that can be accessed by data subjects

Further, it is to be noted that where personal data are transferred to a third country, i.e., countries outside the European Union or to an international organization, the data subject shall have the right to be informed of the appropriate safeguards relating to the transfer. [4]

[1]
controller’ means the natural or legal person, public authority, agency or other body which, alone or jointly with others, determines the purposes and means of the processing of personal data

Personal data of Children under the GDPR

The protection of privacy rights of the children is of utmost importance in the age of digitalization. This article deals with the protection of the personal data of a child and the related consent mechanism under the GDPR.

The personal data of children are exposed to a lot of risks in the cyber world wherein information society services are offered directly to them. The General Data Protection Regulation (hereinafter referred as ‘GDPR’) mentions that children merit specific protection with regard to their personal data,

as they may be less aware of the risks, consequences and safeguards concerned and their rights in relation to the processing of personal data.
Such specific protection should, in particular, apply to the use of personal data of children for the purposes of marketing or creating personality or user profiles and the collection of personal data with regard to children when they are utilizing the services offered directly to them. However, it must be noted that the consent of the holder of parental responsibility would not be required when preventive or counselling services offered directly to a child.

The Controller of the personal data of children is required to make reasonable efforts to verify that consent is given or authorized by the holder of parental responsibility over the child. This implies that parents (or any other person holding parental responsibility) will be more involved in the digital presence of children below the age of 16 (or the age as may be prescribed by the relevant EU member state).

Paragraph 1 shall not affect the general contract law of the EU Member States such as the rules on the validity, formation or effect of a contract in relation to a child.

Consent of a child whether given by the child himself or authorized by the holder of parental responsibility needs to be specific, free and explicit in nature as well as informed and unambiguous in nature. Also, much like in the case of an adult even the child should be able to withdraw the consent at any time.

[2] Recital 38 of the General Data Protection Regulation. Available at: https://gdpr-info.eu/.