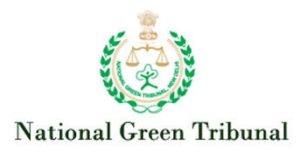 The NGT on October 23, 2017, required the Government to explain as to why contempt proceedings should not be initiated against them for their failure to comply with the orders to clean the Yamuna. It was held that shifting of blame by the Government did not serve as a reasonable ground for inaction and non-cooperation for completing the Project. The NGT also recorded that almost 67 % of the pollutants reaching Yamuna were to be treated by the two sewage treatment plants at Delhi Gate and Najafgarh under the Phase-I of the Project.

The Government failed to file replies to the show-cause notices issued regarding initiation of contempt proceedings against them. In the interest of justice, the NGT accorded last and
final opportunity to the Government to submit their replies to the above stated notices, coupled with a warning of dire consequences in the event of disobedience to the said orders vide order dated November 6, 2017[1] .

The NGT observed that pollution in the Yamuna was of serious concern since it remains highly
contaminated by industrial effluents and sewage. The non-compliance to the cleaning and rejuvenation of the Yamuna River under the Project was deeply regretted.

The establishment of NGT is indicative of the sincerity the legislature demands towards the safeguarding of the environment. Amongst its other aims, it targets for conservation of the forests and other natural resources. It works for enforcement of legal rights towards environment and providing relief and compensation for damages incidental thereto.

Keeping in view the spirit of the ‘Maili se Nirmal Yamuna Revitalization’ Project towards revitalizing the Yamuna river which has degraded over the years bearing the burden of pollutants introduced in it, the NGT is putting in efforts by ensuring strict conformity to the purpose of the Project. Allowing another chance to the Government to give explanation to their laid back attitude towards the project is indicative of the approach of natural justice being followed by the NGT through the principle of audi alteram partem i.e. not to condemn unheard.