India: Singers and the Royalty Debate 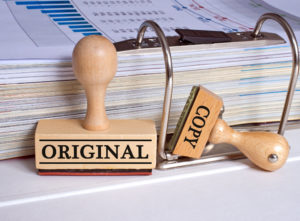 ‘Royalty’ is one of the most debatable topics in the world of music. Royalty is the ‘payment to an owner for the use of property, especially patents, copyrighted works, franchises or natural resources.[1]’ Whenever any Bollywood song becomes popular, it is known popularly in the name of its Singers/Singer. But whenever it comes about paying royalty the song suddenly becomes the intellectual property of its composer. The question remains is this fair? However, as they say change is the law of nature, things are changing for singers as well. Recently, around 700 singers have got their rightfully earned royalty.

In the words of Aditi Singh Sharma, the Indian singer famous for songs like ‘Sooraj Dooba Hai’, ‘Oye Oye’ etc., ‘If I’m not entitled to a song I’ve sung, what am I left with? Similarly, a hit track is called a Ranbir-Deepika song. No one calls it the Vishal Dadlani-Shalmali Kholgade song. As long as the issue of royalty remains unresolved, singers will continue to be ignored[2]’.

The feud started after some renowned singers were giving legal notices by music directors for performing the compositions without their permission and without paying any royalty to them. However, after a five year long battle, Indian Singers’ Rights Association (ISRA) collected an amount of approximately INR 52 lakh and distributed it amongst 730 Singers including popular playback singers like KS Chitra, P Susheela, KJ Yesudas, SP Balasubrahmanyam, Srinivas etc. ISRA CEO, Sanjay Tandon told The Hindu, “This ₹51-lakh royalty money will grow 10-fold if and when radio channels, television channels and mobile companies start paying us. Right now, only IPL teams, amusement parks and few other establishments have paid the royalty money[3].” With only 25 per cent of royalties collected for now, ISRA believes next year, the amount might be more than INR 1.2 crore.