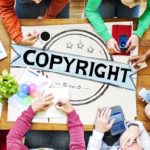 Chapter VII of the Annual Intellectual Property Report 2017-18 deals with Copyright. The administration of the Copyright office has been brought under the jurisdiction of the Controller General of Patents, Designs and Trademarks in 2016-17.

Steps for the future: The Draft Copyright (Amendment) Rules, 2019