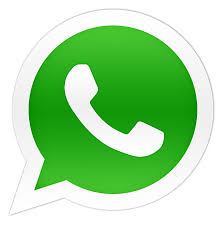 The advancement in science and technology has led to reduction in the distances separating individuals across the world. The communication channels have facilitated the integration of the people on a unified platform. The contribution of digitalization in this process is remarkable whereunder numerous modes of connecting are available,

The Facebook owned WhatsApp has gained immense popularity over the passage of time. It not only allows people to communicate with each other by sending/ receiving text messages, internet-based audio/ video calls but also permits sharing of media in the form of pictures, videos, documents.

The easy accessibility to the tech-driven popular App has become a medium for the multiple functions of the society to use the same to carry out their day today activities for promoting business, relations and social bindings. The anti-social elements are also able to make best of their misdeeds. Increasing acts of cyber-terrorism through such modes spread with the intent to threaten the unity, integrity, security or sovereignty of the country or to strike terror in the people cause widespread fear. False and incorrect news or information create a sense of distrust among the citizens of the nation.

With a view to ensure prevention of dissemination of improper or untrue information through the easily available mode, the Government has ordered WhatsApp to formulate schemes in order to control its misuse.

The Government has ordered WhatsApp to devise stringent strategies to trace the origins of incendiary messages in circulation using technological innovations when the social media giant resisted determine the message source on account being violative of its privacy policy. However, as a measure to prevent sharing of rumours or unadvisable information, WhatsApp has capped the number of recipients of chat message to 5 to curb mass spamming.[1]

In furtherance to tackle the menace of fake and inappropriate information through its media, WhatsApp has appointed a grievance officer to address the concerns and complaints associated thereto. [2] It enables the users to seek help through mobile App or by contacting the said officer on email, signed with electronic signature or queries sent through postal services.

As there is raising concern regarding the issue of cyber-safety arises due to elevated number of cases of criminal, unauthenticated and unfair use of social media engines, the Government is in the process of requiring such platforms to be cautious while allowing transmission of messages. Aiding the procedure for security of its users, WhatsApp has come up with a mechanism restricting the exchange of sham information and allowing the reporting of its unethical and illegal use to cause disturbance at a national level challenging the peace and security of the nation.