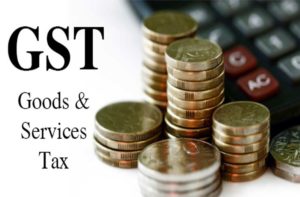 One Nation-One Tax: What is GST?

At midnight on June 30, 2017, India was ushered into a new regime of indirect taxation: the GST, or Goods and Services Tax. It is touted as the biggest fiscal reform the country has ever witnessed since Independence, and it has been claimed that it will lead to decreased inflation, rise in GDP, and more transparent accountability of parties. The immediate and noticeable effect is, of course, change in prices. By introducing GST, the government has subsumed Central and State taxes, such as VAT, service tax and Excise Duties, into a unified tax regime applicable across the board in all states and territories. Under the GST, there are now four slabs of applicable tax: a low rate of 5%, standard rate of 12 or 18%, and a high rate of 28%. There are about 1200 goods and 600 services on which GST is applicable, and while there are many items on which the tax is now reduced, thanks to GST, thereby decreasing their final market price, some items have become costlier. The government has claimed that all essential commodities have been exempted from tax under GST, or been left out of the ambit of applicability for GST altogether. The aim is to ultimatly reduce the burden laid upon the consumers by the earlier tax infrastructure which resulted in a “cascading tax” effect. The “cascading tax” effect is in essence the principle of the end-consumer having to bear the load of all the taxes paid by dealers, wholesalers, retailers, stockists etc. as middle-men between the source of the goods to their final point of sale[1]

As it turns out, the implementation of GST may have a profound impact on the Indian intellectual property regime, primarily, trademark rights. Provisions affecting trademark rights

The GST rate lists for goods and services provide different rates of tax for the branded and unbranded versions of a number of products, essentially common foodstuffs, such as cereals, pulses, paneer and natural honey. These goods, if sold loose, i.e., unbranded and without being packaged in unit containers, will be exempt from GST. However, the moment they are packaged and bear a registered brand name, they will attract GST of 5%.

The phrase “registered brand name” means brand name or trade name, that is to say, a name or a mark, such as symbol, monogram, label, signature or invented word or writing which is used in relation to such specified goods for the purpose of indicating, or so as to indicate a connection in the course of trade between such specified goods and some person using such name or mark with or without any indication of the identity of that person, and which is registered under the Trade Marks Act, 1999.

The Press Information Bureau further issued a clarificatory notification on July 5<span ” id=”sound8048″>[3] after confusion arose regarding the meaning of “registered brand name” in the GST rate list for goods stating that:

“…unless the brand name or trade name is actually on the Register of Trade Marks and is in force under the Trade Marks Act, 1999, CGST rate of 5% will not be applicable on the supply of such goods.”

While the tax rate of 5% may seem nominal, it is relevant to consider that earlier, food grains, whether packaged or not were exempt from taxes altogether in most States, even though they were allowed to be charged at a rate of 4%. Understandably, this new and compulsory tax imposition has resulted in an outcry among traders in food grains and pulses, staples in any person’s diet.

Impact of GST on Trademark Law

As reported in Livemint[4]
on July 7, KRBL Ltd. which owns India’s largest rice brand, ‘India Gate’, is crowing all the way to the bank as its rice now comes exempt from GST, for the simple reason that it has not been able to get its trademark registered with the Indian Trademarks Registry under the relevant class, i.e., Class 30 due to oppositions filed against its marks by third parties.

In fact, in about the few days since GST came into effect, there are already reports of small, local traders resorting to various innovative means to avoid higher rates of taxation on their products[5]. Rice traders have appealed to the Finance Minister to find a solution to their problem, of increased prices, as well as those who are unfair beneficiaries in a competitive marketplace of what appears to be a significant loophole.[6]

The Government has also begun to take note of the problems arising in implementation of the new tax regime and its long-term implications, especially in the area of essential commodities such as foodstuffs and pharmaceuticals[7]. Trademark owners are approaching the Trademark Registry to withdraw their trademarks, or considering inventive ways to keep their marks from attaining registration[8]. If trademark owners would rather surrender trademark protection than pay taxes for them, it could strike a crucial blow to the intellectual property regime in the country.

GST, Trademarks and the Economy: An Impact Analysis

Intellectual Property plays an important part in the growth of any economy and India is well aware of its importance as one of the premier emerging economies in the world. Any fiscal plan that hits intellectual property rights, especially in a deterrent fashion, is likely to impact economic growth and development negatively in the long run.

A trademark, by its very definition, is an indication of source and a guarantee of quality of goods or services. A fiscal regime that deters traders from using or registering trademarks, simply to avoid tax liability, sets a dangerous precedent. With GST consolidating the national market, the role of trademarks as such becomes even more important. If trademark rights are not enforced properly, it will result in widespread counterfeiting and infringement, indicating an influx of goods of compromised quality. If this is allowed to happen, the reputation and goodwill of established brands will inevitably be diluted and the resultant consumer confusion will diminish the reputation of the market as a whole. This is likely to discourage investment and new start-up enterprises which will negatively impact market indices and thereby, national economic growth.

GST is likely to impact other forms of intellectual property as well. Temporary or permanent transfer or permitting the use or enjoyment of Intellectual Property (IP) right in respect of goods other than Information Technology software (eg. Media streaming services) is being taxed at 12%, while software services, falling under the residual category of services, is liable for 18% tax[9]. Thus, computer software and associated services, at least, are likely to see an increase in prices.

The new GST tax regime is expected to unify the country’s market, introduce greater transparency, encourage export and investment and reduce inflation. While it is no doubt a revolutionary step to take, unless its implementational drawbacks are dealt with quickly and effectively, its intended boost to the Indian economy might end up backfiring.

Tobacco Products (Prohibition of Advertisement and Regulation of Trade and Commerce Production, Supply and Distribution) Act, 2003

Cigarettes and Other Tobacco Products Rules, 2008

Cigarettes and Other Tobacco Products (Packaging and Labelling) Amendment Rules, 2014