Is Cyber Crime Spreading Like a Spider Web in India? 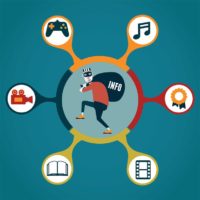 The number of people having access to the internet across the globe is increasing at an alarming rate. People are getting dependent on the internet in order to access everything by sitting at just one place. As per the statista report, it has been provided that in 2017, India had 331.77 million internet users. This figure is projected to grow to 511.89 million internet users in 2022.[1] Despite the untapped potential, India already is the second-largest online market worldwide. Although the advancement of technology and internet has brought with it all related benefits but has also led to massive increase in the cyber-crime affecting people globally.

Cybercrime, also known as ‘electronic crime’, is a crime where the computer, networked device or a network is used as an object or tool to commit any crime. The crime involves a wide range of malicious activities including Cyber extortion, Identity theft, Credit card frauds, hacking the personal data from the computer, phishing, illegal downloading, Industrial espionage. Some of the on-going problems are cyberbullying, extortion, distributing child pornography or organizing terrorist attacks. Software piracy is also a form of cyber-crime wherein it is not necessary that the cyber-criminal should conduct the same through online-portal.

Cyber-attack on the rise

As per the reports, In India, Technology, Media & Telecommunication (TMT) and Financial Services (FS) sectors are the most affected sectors by the cyber-crime. As per study of ASSOCHAM-NEC, there has been 457% rise in cybercrime incidents under the Information Technology (IT) Act, 2000 from the year 2011 to 2016 in India.

As per the reports, in 2010, India was adversely affected by the computer worm Stuxnet, on account of which 10,000 infected Indian computers at the time, 15 were located at critical infrastructure facilities. It included the Gujarat and Haryana electricity boards and an offshore oil rig of state-owned petroleum explorer ONGC.

A terminal at Jawaharlal Nehru Port Trust which is India’s largest container port was aggressively affected by the cyber-attack. The attack was mounted through a malware called Petya.

À Another aspect is increasing trend of cyber criminals gaining access to corporate email addresses. In the year 2015, an oil and gas company was hacked whereby the cyber criminals duplicated the email ids of the senior officials in order to ploy one of the clients to transfer the amount to the hacker’s account leading to losses to the tune of a few hundred crores.

On September 20, 2007, the official website of the Government of Maharashtra was hacked and according to sources, the hackers belonged from Washington. IT experts said that the hackers had identified themselves as “Hackers Cool Al-Jazeera” and claimed that they were based in Saudi Arabia.

In 2018, Vodafone was directed by the court to pay Rs.4.5lakhs to a Mulund resident who fell victim to cybercrime in 2013 after a reproduction of his SIM card was issued to other individual and two transactions amounting to Rs4.5 lakh was initiated from his account without his knowledge.

In August 2018, two men were arrested in Mumbai under SIM Swap Fraud. These fraudsters were getting the details of people and were later blocking their SIM Cards with the help of fake documents post which they were carrying out transactions through online banking.

The Cosmos Bank was destructively hit by cyber-attack in the year 2018, where the hackers hacked into the ATM server of the bank and stole details of many visa and rupee debit cards owners.

Analysis of all of the above would show that with each passing year the cyber-crime is growing by leaps and bounds.

Precautionary measures undertaken by the Government

With the increase in the cyber-crimes, The Information Technology Act, 2000 was enacted with prime objective to create an enabling environment for commercial use of I.T and The Indian Penal Code, 1860 has also been amended to take into its purview cyber-crimes. The government has taken note of the susceptibility of effect of cyber-attack on Indian economy. With this view, the government has initiated various programmes and time and again taking precautionary measures to curb it.

In April 2017, the MEITY had issued-measures to curb CSAM (Child Sexual Abuse Material) in India. Two directions were issued by the Ministry as under : –

ISP’s (Internet Service Providers) having cable landing station Gateways/ International Long-Distance Licenses in India would be required to adopt and implement IWF (Internet Watch Foundation) resources on or before July 31, 2017 to prevent the distribution and transmission of online CSAM into India.

All ISP’s shall continue to observe the existing due diligence requirements prescribed by the Central Government under the Information Technology Act, 2000 and Rules and regulations thereunder including the obligation to expeditiously remove or disable access to any unlawful content brought to its notice by relevant authorities.

On July 6, 2017, a notification was issued by RBI regarding Customer Protection- Limiting Liability of Customers in Unauthorized Electronic Banking Transactions.

As per the reports, the government is planning to create a new tri-service Defence agency for cyber warfare. This Defence Cyber Agency will work in coordination with the National Cyber Security Advisor. It will have more than 1,000 experts who will be distributed into a number of formations of the Army, Navy and IAF.