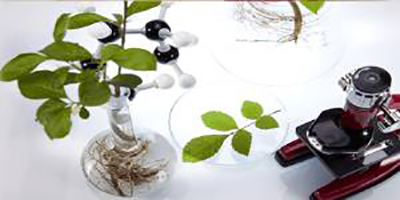 Patent rights are guaranteed to the inventions that satisfy three essential criteria: Novelty, Inventive step and Industrial applicability. . The element of novelty in a particular invention is basically  decided on the basis of existing prior art in that technology. The term prior art refers to existing knowledge in public domain that includes, publications, existing products and any other form of public disclosure in the relevant field.

Indian Patent Act, 1970 defines ‘invention’ as “a new product or process involving an inventive step and capable of industrial application”1. Thus, novelty is one of the prerequisites  for deciding on patent eligibility of the invention..

Section  2(i)l of the Indian Patents Act, 1970 defines novelty as ‘new invention’ which means “any invention or technology which has not been anticipated by publication in any document or used in the country or elsewhere in the world before the date of filing of patent application with complete specification, i.e. the subject matter has not fallen in public domain or that it does not form part of the state of the art.”2 An invention is  considered new if it is not anticipated by the prior publication, prior public knowledge or even prior use. An invention is new if it has not been disclosed in the prior art where the prior art means everything that has been published, presented or otherwise disclosed to the public even before the date of filing of specification.

Novelty should always be ascertained with reference to a single prior art reference. It means that all features of the subject invention should be present in a single document such that each and every novel element of the alleged claim should be disclosed in the prior art document. Various documents cannot be combined to determine novelty of a particular invention, instead various documents when combined together decides on the inventive step.

Although, the patent act does not define the phrase “State of art”. In such kind of situations, it is to be ascertained from the interpretation given by the court.

In India, there are certain circumstances when a patent application is considered to be anticipated, for instance, if the invention is disclosed in a patent or any other document which is published before the priority date of the application. However, there are some exclusions to such disclosure, for example, in case  the inventor proves that the matter published was obtained from him fraudulently and was published without his or her consent, then the invention is considered NOT being anticipated.

In Lallubhai Chakubhai Jariwala v Chimanlal Chunilal3 and Co the court observed that:

“The two features that are necessary to the validity of a patent are novelty and utility, but the real test is the novelty of the invention. Novelty is quite essential, for otherwise there would be no benefit given to the public and consequently no consideration moving from the patentee [while interpreting the factor related to public knowledge and public use.”

The court also held that “The next question is, whether the plaintiff’s invention has been anticipated by prior public user. Has it been publicly used by the plaintiff and/or by others before the date of the application? Public user does not mean a user or exercise of the invention by the public, but a user or exercise in a public manner; and it is in every case a question of fact. If the invention is being put into practice before and at the date of the grant, the grant will not be for a new invention or manufacture, and this applies equally whether the invention is being practised by the patentee himself or by others. A use of the invention for the purposes of trade may constitute a prior user which invalidates the patent, and it has been held that the prior public sale of goods or articles treated according to the invention is a public user of the invention, for the sale is strong evidence that the user was really commercial and not experimental.”

General observation on Standard of Anticipation

Novelty is determined by  comparing invention, in any of its embodiments, with the  similar technology revealed by (1) prior publication, or (2) publicly known/use. The Indian Patent act does not explicitly elaborate on how anticipation is ascertained, however sections 29 to 34 state circumstances under which an invention is ‘deemed not to be anticipated’.

Section 29 of the Patent Act states that  ‘ the invention which is published before its priority date is not considered being anticipated if the applicant of that invention  proves that the matter published was taken from him and published without his consent and that he had applied for the patent as soon as reasonably practicable after knowing about the publication. However, this exception is not applicable where the invention has already commercially worked in India otherwise than for the purpose of reasonable trial with the consent of patentee or applicant.

Public Display: Section 31 of the Patents act excludes display of the invention in an exhibition notified by the central government in official gazette and its use for the purpose of exhibition or presenting the invention by the true and first in a paper read before a learned society and publication as a consequence of such display or paper  reading is not considered anticipation, provided an application for a patent is filed within 12 months after opening of exhibition or paper reading or publication of the paper.

Public Use: Public working of an invention for the purpose of reasonable trials, if such trial was reasonably necessary is also excluded from anticipation according to section 32, provided the trials were conducted within one year before priority date of the relevant claim of the specification.

Novelty is one of the universally accepted requirement for checking patentability. An invention clearly cannot be patented if the invention was known by previous publication or public use by anyone except for the exclusions under sections 29 to 32 in India or elsewhere in the world. Indian Patent system strictly follows absolute novelty. .. The scope of prior art is very wide under the patents act because apart from the prior publications worldwide and prior use in India itself, even prior use outside India forms a part of the prior art.Additionally traditional knowledge in India also constitutes prior art and further interpretations are being made on a case to case basis and India is undoubtedly witnessing a substantial increase in the patent enforcement activities, it will be en-thrilling to see how cases will be considered in view of the rapidly growing technological environment.

Originality and Novelty of Design

What is Patent Novelty & Patentability Search in India?