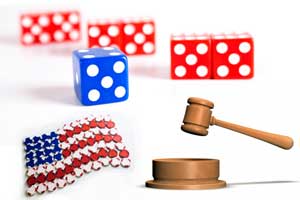 Games are a source of entertainment which bring enjoyment in the otherwise mundane everyday schedule. The interest in a game accelerates where there is involvement of stakes in it. This also raises a presumption of such an act being of the nature of gambling. The segregation of games of skill from gambling is of vital importance in order to establish legality of their conduct. The Supreme Court has differentiated the games depending upon the involvement of skill.

A game in which the outcome is purely dependent on chance devoid of any application of skill are classifies as games of chance. On the other hand, the games even with an element of chance is held to be a game of skill, if it depends upon superior knowledge, training, attention, experience, adroitness of the player and the predominance of element of skill over the element of chance :[1]

The Apex Court recognizes the games where success depends on substantial degree of skill and despite the existence of an element of chance there is requirement of application of skill, are not “gambling” [2]:
In India, the subject of gambling/ betting in India is covered under the exclusive jurisdiction and domain of different State legislations. Each State has their independent laws that govern this domain.

IN THE VIRTUAL ZONE…

By the expansion of the scope technology in varied arenas including gaming, the availability of the games has increased on the virtual space as well. In absence of appropriate regulations, online gaming in many States is being controlled by the available respective gaming/ gambling legislations. Only a few States have addressed to the requirement of online gaming laws namely:

While some States have specifically laid down or are in the process of laying down clear, unambiguous legislations regarding the playing of online games within their premises, some others have explicitly prohibited betting in any form within their boundaries as stated below:

Although the courts have observed that the skill based games are exempted from the purview of gambling, the District Court of Delhi opined that when skill based games are played for money in virtual space, the same would be illegal and observed that the degree of skill in games played in a physical form cannot be equated with those played online as the degree of chance substantially increases because various manipulations including the randomness, inside cheating, collusion cannot be ruled out, when the same games are played in the virtual space. [3]

Online Gaming being an upcoming field is in dire need of a suitable legal framework to regulate their administration. The existence of varied State Legislations causes difficulty in categorizing and identifying as to which online games are games of skill or acts of gambling. The involvement of stakes by itself does not make a game a gambling activity.

The enforcement of the Nagaland Prohibition of Gambling and promotion of Online Games of Skill Act, 2016 come as a univocal forward looking approach whereby, online skill based games even with stakes does not constitute the same to be gambling but skill based online gaming. Such legislations motivate the young entrepreneurs to spread their wings in the domain of online skill gaming even with the element of betting involved thereunder.

The online activities are monitored by the prevalent Information Technology Act, 2000 imposes liabilities on the intermediaries which include internet service providers in its pursuit to curb payments to illegal and unwarranted websites. Even though the said legislation requires the exercise of due diligences and prevention of cybercrimes, the Act remains ambiguous as to illegality of online gambling or playing of online games with stakes. There still persists the requirement of a Central legislation to uniformly distinguish and regulate the online game of skill from gambling on the online platform.