The original idea of World Book Day was of the Valencian writer Vicente Clavel Andrés as a way to honour the author Miguel de Cervantes, who died on April 23. The date is also the anniversary of the death of William Shakespeare and Inca Garcilaso de la Vega. It is also the date of birth or death of other prominent authors, such as Maurice Druon, Haldor K. Laxness, Vladimir Nabokov, Josep Pla and Manuel Mejía Vallejo. April 23 was, therefore, a natural choice for UNESCO’s General Conference held in Paris in 1995 to commemorate this day and pay a worldwide tribute to books and authors, encouraging everyone, especially young people, to discover the pleasure of reading and gain a renewed respect for the irreplaceable contributions of literature. 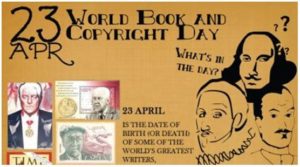 Every year, UNESCO and the international organizations representing the three major sectors of the book industry i.e. the publishers, booksellers and libraries select the World Book Capital for a period of one year, effective 23 April each year. This year, the city of Wroclaw (Poland) has been chosen for its commitment to spreading the message of the power books possess in nurturing creativity and advancing dialogue between women and men from all cultures.

Message from the Director-General of UNESCO, Ms. Irina Bokova

“A book is a link between the past and the future. It is a bridge between generations and across cultures. It is a force for creating and sharing wisdom and knowledge.

Frank Kafka once said, “A book must be an ice-axe to break the seas frozen inside our soul.”

A window onto our inner lives, books are also the doorway to mutual respect and understanding between people, across all boundaries and differences. 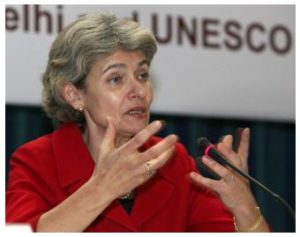 Coming in all forms, books embody the diversity of human ingenuity, giving shape to the wealth of human experience, expressing the search for meaning and expression that all women and men share, that drive all societies forward. Books help weave humanity together as a single family, holding a past in common, a history and heritage, to craft a destiny that is shared, where all voices are heard in the great chorus of human aspiration.

I thank Wroclaw, Poland, as the 2016 World Book Capital, for its commitment to spreading this message across the globe. This has never been so important at a time when culture is under attack, when freedom of expression is threatened, when diversity is challenged by rising intolerance.

In turbulent times, books embody the human capacity to conjure up worlds of reality and imagination and express them in voices of understanding, dialogue and tolerance. They are symbols of hope and dialogue that we must cherish and defend.

William Shakespeare died on 23 April, 1616, preceded by only one day by Cervantes. On this day, I call upon all of UNESCO’s partners to share the message that books are a force to counter, what Shakespeare called, “the common curse of mankind — folly and ignorance.”

Source of above message from Ms. Irina Bokova:http://www.unesco.org/new/en/wbcd